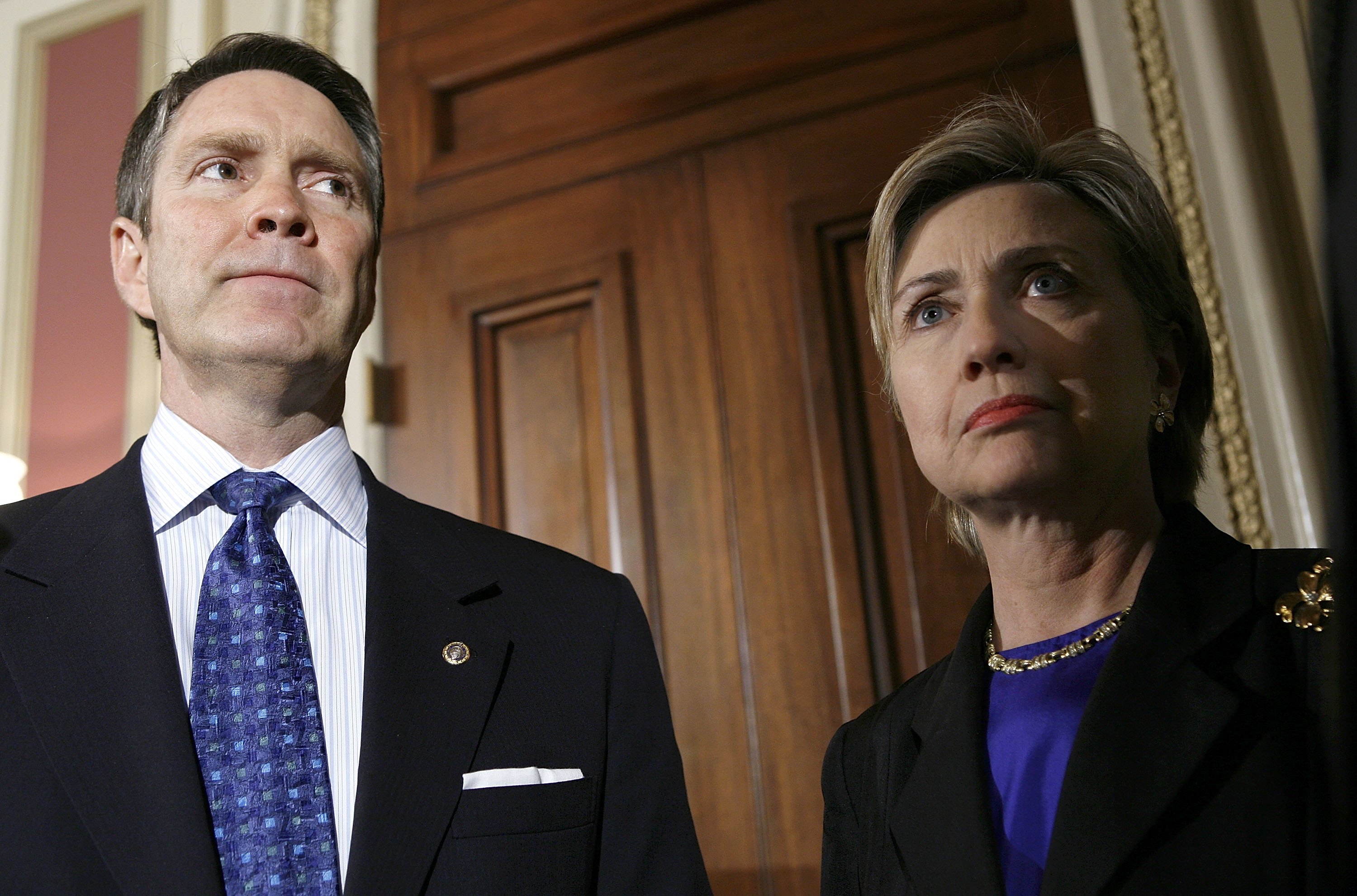 Hillary Clinton joined forces with former Senate Republican leader Bill Frist on Thursday to push Congress to reauthorize the Children's Health Insurance Program (CHIP) well ahead of a late September deadline, arguing that "our most vulnerable children shouldn't be caught in the crossfire" of the continued fighting over the budget and Obamacare.

Clinton, the early but undeclared frontrunner for the Democratic presidential nomination, and Frist, a physician and former Senate majority leader, made their case in an op-ed published in the New York Times.

"Despite strong bipartisan support, we are concerned that gridlock in Washington and unrelated disputes over the Affordable Care Act could prevent an extension of the program," they wrote. "As parents, grandparents, and former legislators, we believe that partisan politics should never stand between our kids and quality health care."

Federal funding for CHIP is due to dry up at the end of September, when the bill currently funding the government expires, but Clinton and Frist urged Congress to act now to keep the program afloat. "With more than four-fifths of state legislatures adjourning by the end of June, lack of action and clarity from Washington by then will make budgeting and planning virtually impossible," they wrote.

Clinton and Frist acknowledged that the Affordable Care Act is helping to extend health insurance to families who might not have been able to afford it previously, but they added that "substantial gaps still exist - and too many children can still fall through them."

One such gap, which they labeled the "family glitch," prevents families from receiving subsidized insurance through an Obamacare exchange if they're offered "affordable coverage" by their employer.

"In this case, 'affordable' is defined as less than roughly 9.5 percent of household income for that parent to sign up alone - even though the actual cost of available family coverage is far higher," Clinton and Frist wrote. "For families affected by this glitch, CHIP may be the only affordable option for making sure their children are covered."

A failure to reauthorize the program, they warned, could have dire consequences: "As many as two million children could lose coverage altogether. Millions more will have fewer health care benefits and higher out-of-pocket costs."

CHIP, created in 1997, was designed to cover families who made too much money to qualify for Medicaid but not enough money to afford private insurance. It offered money to states but allowed them flexibility to tailor the program to fit their specific needs. Some states created a new program while others expanded Medicaid to cover more children.

Clinton, who was then first lady, aggressively pushed Congress to approve the program, and many of its architects on Capitol Hill credited her public advocacy with pushing a bill over the finish line.

"She was a one-woman army inside the White House to get this done," an aide to then-Sen. Ted Kennedy, D-Massachusetts, who co-sponsored the bill, told the New York Times several years after its passage.