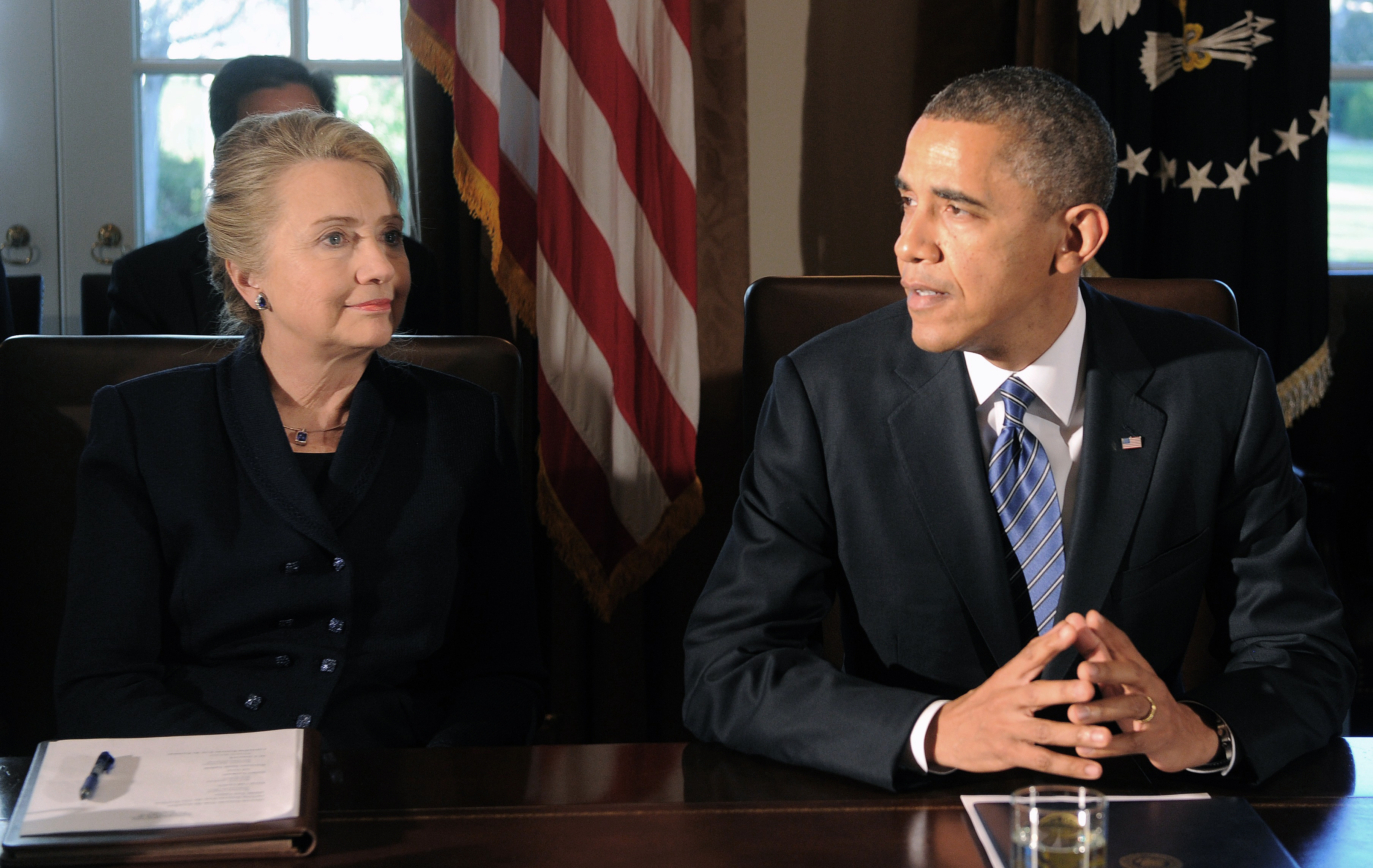 President Obama had lunch at the White House with Hillary Clinton Thursday, an event that likely would have gone unnoticed had People Magazine not sent out a tweet of its Washington bureau chief with Clinton.

"PEOPLE's @sswestfall chats w/ @HillaryClinton before her mtg at the WH. Hope we didn't make her late for @barackobama!" the magazine tweeted, along with a photo of Sandra Sobieraj Westfall standing with the former first lady. A version of the tweet was captured by reporter Susan Crabtree before the magazine deleted it.

Later - after the tweet garnered the attention of reporters and merited a White House response - it was reposted, saying the photo was taken, "before [Clinton's] @WhiteHouse lunch."

After being asked about the tweet by reporters, the White House said, "The President enjoyed an informal, private lunch with Secretary Clinton at the White House this afternoon."

Official lunches are typically placed on the president's public schedule. This one was not.