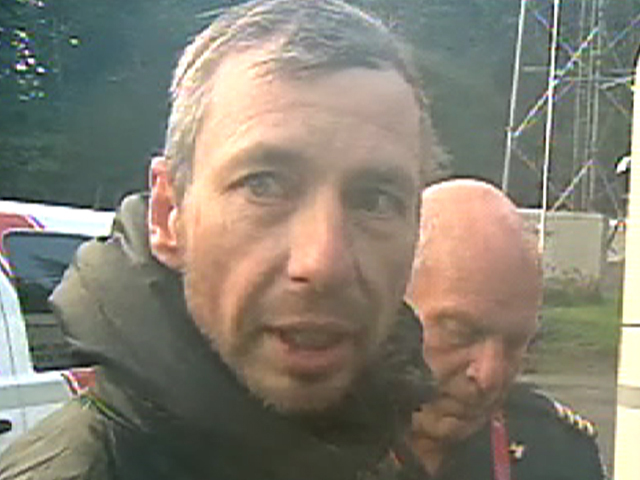 A British Columbia man who went missing for 10 days in the wilderness north of Vancouver when he lost his way on a hike has been rescued.

Michael St. Laurent told the Canadian Broadcasting Corporation, "I just stepped off the trail and got stuck on a ridge."

Ideal fall weather meant there also were hundreds of other hikers in the mountains but, according to Tim Jones of the North Shore Rescue, a mountain rescue team, St. Laurent couldn't seem to get their attention. Jones said, "He slipped right through the cracks. He was just like a gray man. Many people saw him and didn't pay any attention, but he didn't do himself any favors by not filing a trip itinerary (which would have alerted authorities to his intended path)."

A search effort was launched when St. Laurent's car was found abandoned in a parking lot. The CBC reports St. Laurent didn't have a cell phone with him on his hike.

Search teams had come near him, but he was unable to yell for help because he was dehydrated.

St. Laurent told reporters, "I could hear them, they didn't hear me and then, on the third day, I started hallucinating."

Jones said, "He'd even written all his info on his forearm, like, 'When they find my body, this is who I am,' so he'd actually resigned himself that that was going to be it for him."

But, as it turned out, a search and rescue member hiking the trails on her own time came upon him.

St. Laurent suffered frostbite on his feet, but otherwise, he says he is fine.