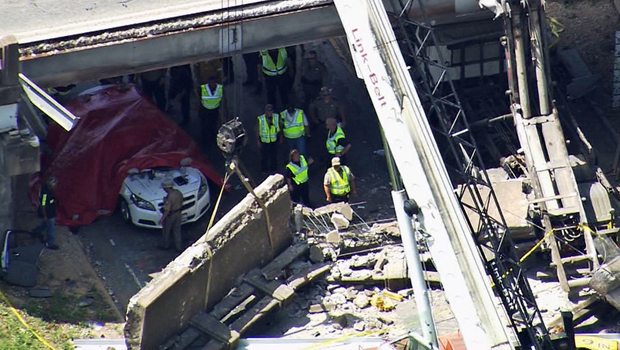 Another child was also in the car in Thursday's incident in Sealy, the police said.

A Texas Disposal Systems truck hit the Highway 90 overpass on the southbound side of Highway 36 around 10 a.m., the police said. The driver was identified as Carl Weige, 72.

A large portion of the overpass fell on a Chevy Malibu driving north on Highway 36.

Brien Bullock, 12, was pronounced dead at the scene. She was sitting in the front of the car.

Her mom, Leah Bullock, 35, sustained serious but non-life-threatening injuries. She was taken to Memorial Hermann Katy Hospital by helicopter for treatment.

Breanbon Gardner, 9, was sitting in the backseat and wasn't injured.