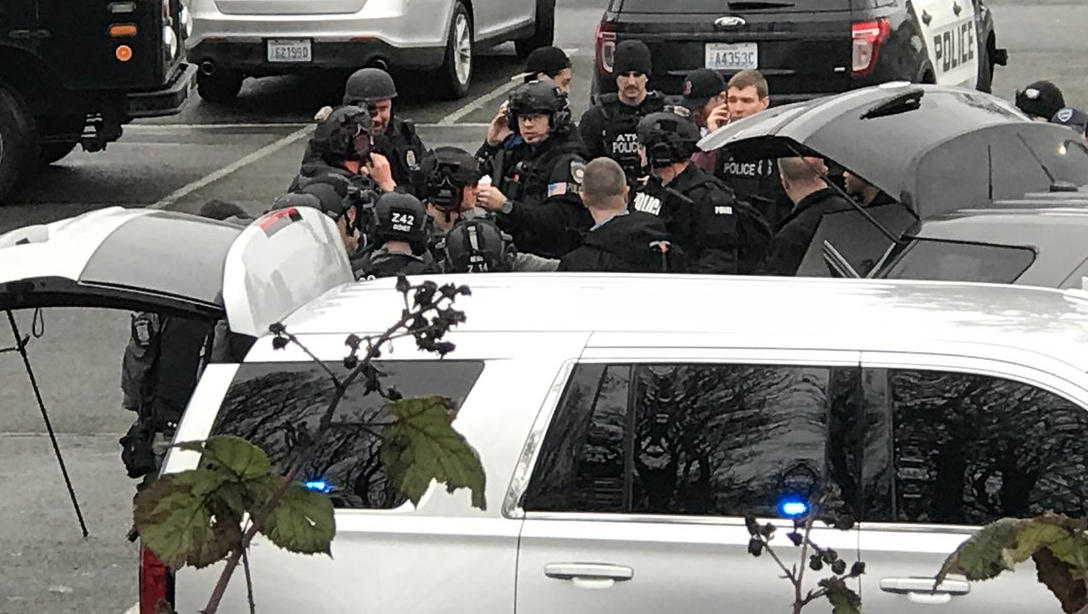 DES MOINES, Wash. -- Police found no indication of a shooting at a Washington college following reports of gunfire early Friday, reports CBS affiliate KIRO. Highline College in Des Moines, south of Seattle, sent out a notice around 9 a.m. Friday morning telling students and staff to lock down classrooms and offices.

"This is not a drill," a post on the school's Facebook page read. "All buildings need to remain in lockdown. Barricade doors and windows."

Police swarmed the campus and evacuated buildings, and the school told students and staff around 10 a.m. to remain locked down until their building has been cleared. Other local, state and federal agencies including the Washington State Police and the ATF responded.

South King Fire & Rescue tweeted that there were no known victims shortly after 10 a.m. KIRO tweeted around 10:30 that police found no indication of a shooting on campus and said no one was injured, but that they were still treating the campus as a shooting scene as a precaution.

The scare came two days after police say a teen with an AR-15 rifle stormed his former high school in Florida, killing 17 and wounding 15.