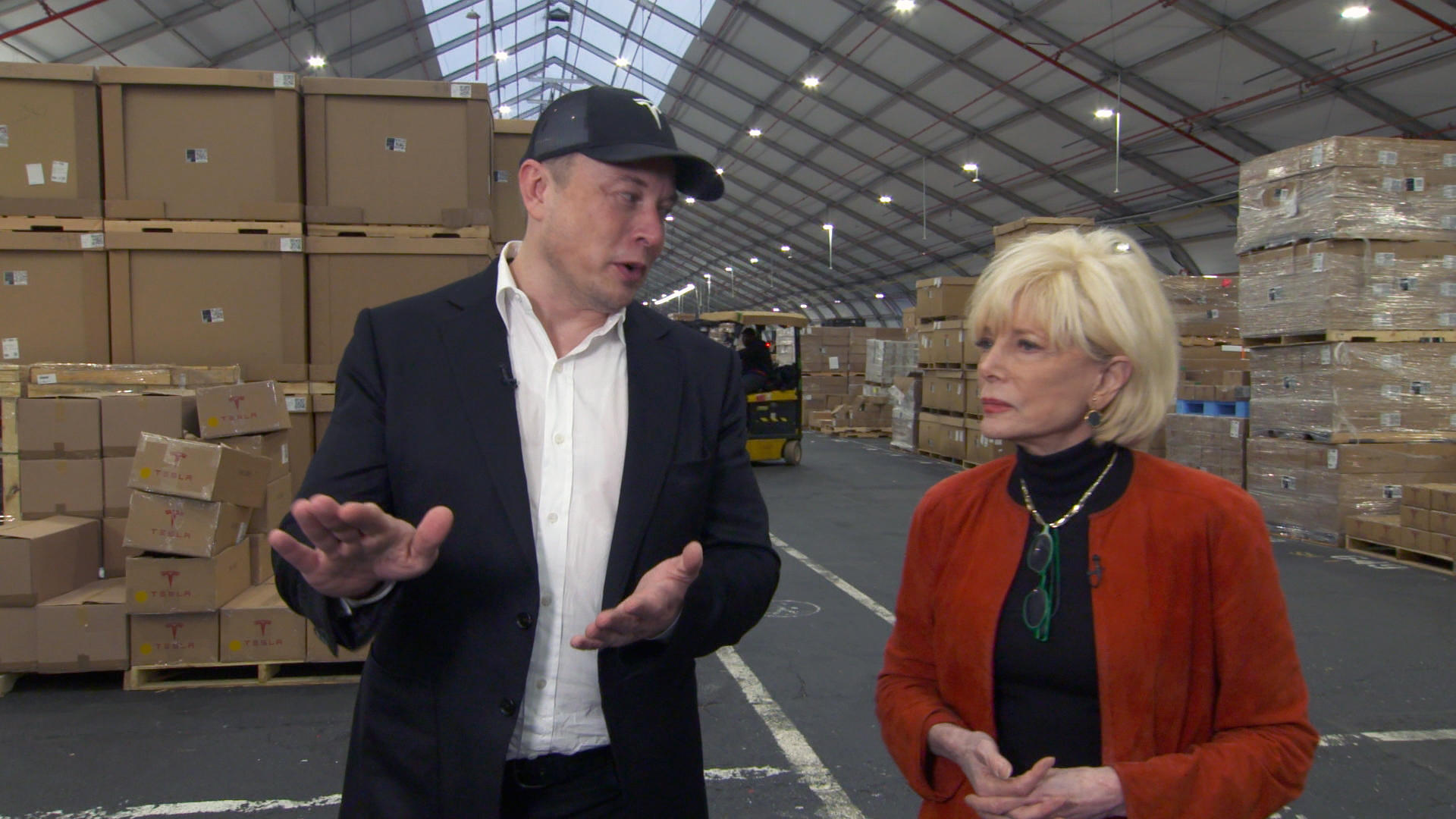 Lesley Stahl asks Elon Musk about his turbulent summer, including the time he smoked weed during a podcast appearance.

Musk: "I have no respect for the SEC"

The Tesla co-founder got in hot water with the Securities and Exchange Commission this summer and explains to Lesley Stahl how his tweeting has been reined in as a result.

Musk on his Tesla chair replacement

Musk talks with 60 Minutes about Tesla's new chair, Robyn Denholm, who was put in place after Musk stepped down as part of a settlement with the Securities and Exchange Commission.

Tesla created a third assembly line for production of its Model 3 car in an unexpected place: a big tent in the parking lot. The unconventional idea increased production by 50 percent.

Musk says the charges are "utter nonsense" and that he'd know because he was "literally living in the factory."