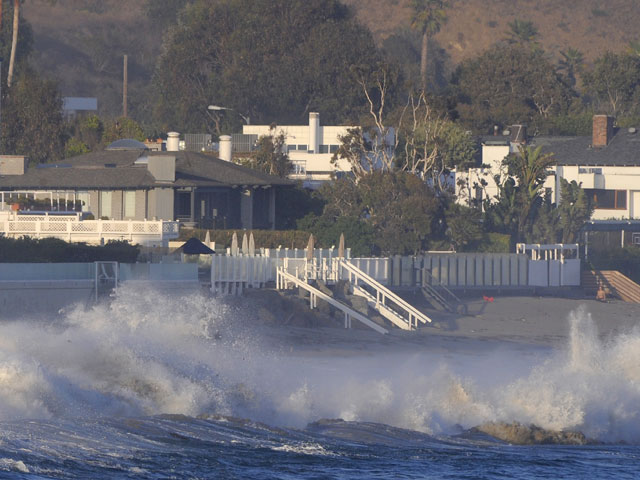 (CBS/AP) LOS ANGELES - The high waves that are pounding the California coast caused a marijuana smuggling boat to crash onto a Southern California beach.

The boat split in two on rocks south of Point Mugu State Park in Malibu. Two state park rangers who were patrolling the area discovered the boat where more than 500 pounds of marijuana was washed ashore with it, said Lindsaey Templeton, a superintendent for the park system said.

"We did not find injured people along the beach or in the water," said Bill Nash, a spokesman for the Ventura County Fire Department, reports the Los Angeles Times. "We turned the matter over to law enforcement."

Documents found near and inside the boat were in Spanish, suggesting they sailed from Mexico, said Capt. Mike Aranda of the Ventura County Fire Department, reports the paper. Aranda added that there has been an increase in smuggling in recent months trying to land along areas of the Ventura County shoreline.

According to the National Weather Service, a high surf advisory was in effect until late Friday with waves of up to 10-feet (3-meters) high pounding beaches from San Luis Obispo to San Diego. Lifeguards conducted dozens of rescues, officials said. High surf also caused some damage to the Ocean Beach and San Clemente piers.