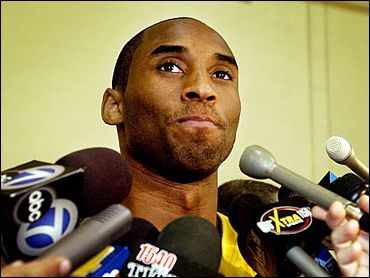 
Wednesday's closed-door hearing in the Kobe Bryant rape case is a crucial one. When it is over, the judge will determine whether to allow jurors at trial to hear about certain sexual conduct the defense team claims the alleged victim engaged in shortly after her encounter with Bryant.

That ruling, more than any other to date, will affect the ultimate outcome of the case. If prosecutors win, their shaky case will move forward intact. If the defense wins, the credibility of Bryant's accuser will be damaged, at the very least, and the state's theory of the crime will be compromised.

It also should be a dramatic hearing. For the first time since last June, Bryant and his accuser will be in the same room together at the same time. The defendant will be sitting behind counsel table. The young woman who says he raped her will be at the witness stand. This confrontation will happen again, at trial, if there is a trial, but that shouldn't diminish the intensity of this encounter.

The last time the two saw each other was June 30, 2003, a night that forever changed both of their lives. Imagine, if you can, what will go on in their young minds as they breathe the same air for the first time nine months after they first met.

But for all the things this hearing is and will be, there is plenty this hearing is not. It is not a referendum on Colorado's rape shield law. It is not a sign that rape shield protections nationwide are in jeopardy. It is not an example of the wealthy and famous - hello there, Kobe - getting one brand of justice while the rest of us get another. It isn't even a circus, although you wouldn't know that from the media buildup leading to this particular moment in this particular case.

The judge came to this conclusion after evaluating some of the preliminary evidence before him and after hearing the arguments offered by both sides. Clearly, the judge believes that the issues raised by Bryant's attorneys ought to be explored a little more fully -and that there may be evidence here that falls within the exceptions to the state's rape-shield statute.

You don't need to be a legal analyst to answer this question: would it be relevant to you as a juror in determining Bryant's fate if there were evidence that his accuser had sex with another man shortly after her encounter with the defendant?

Ultimately, that is what this hearing - and in some ways, this case - is all about. And all the judge has done is haul in the one person with the best knowledge of this potential evidence - the alleged victim - to find out what she is able and willing to say about it.

Colorado law permits pretrial questioning of alleged victims if there is a question about whether the defendant, or someone else, caused the injuries that are being used as proof of rape. In the Bryant case, defense attorneys claim that some of the injuries the alleged victim suffered were caused by prior or subsequent intercourse, not by the sexual conduct shared by Bryant and his accuser.

This may or may not be true. If enough good evidence supports this theory, the jury probably will hear it. And if the theory doesn't hold water, it's even-money Bryant's judge promptly will block its use at trial. This hearing will educate the parties and the judge about which way this case is going next. But it does not guarantee that the young woman's sexual past will enter the trial.

I do not envy Bryant's accuser. I do not wish her experience upon my worst enemy. But Wednesday's testimony will be nothing compared to what the alleged victim will have to go through when she testifies at trial. On Wednesday, she'll tell her story in a closed courtroom, with no reporters inside to convey her words to the world. At trial, she'll have to tell her story to a packed courtroom, plus an auxiliary courtroom full of observers, and by that time everyone who doesn't already know her name and her face - will know it.

If this hearing is a dress rehearsal for the defense, Bryant's attorneys get a free preview of what kind of witness his accuser will be. The hearing also serves the same function for prosecutors and the alleged victim.

The fact that Wednesday's proceeding won't be as tough on the alleged victim as the trial will be doesn't in itself justify the hearing. But the hearing itself doesn't justify the position taken by those who see in the Bryant case the demise of Colorado's rape-shield statute and rape-shield protections generally. Rape-shield statutes are here to stay. They were around before Bryant was born and they will be around long after he is gone. They have protected women before and they will protect women again.

Because of the stigma that surrounds rape, rape victims certainly deserve certain rights and protections that other victims don't get. But criminal defendants also deserve certain rights and protections and one of those rights is the right to confront your accuser and the right to present a case in your own defense. These rights are in conflict in this case at this time and Colorado's rape-shield law seems to me to be a perfectly reasonable way of managing this conflict.

Bryant's attorneys want the whole statute tossed out on constitutional grounds (that isn't going to happen) while prosecutors are whining about how the Colorado law doesn't go far enough in protecting alleged rape victims (and concomitantly harming a defendant's chance of acquittal).

When both sides are complaining about a law, either the law is a disaster or it represents a good balance between competing interests. If Colorado's rape-shield statute were a disaster, we would have known that a long time ago. Let's just see what happens.