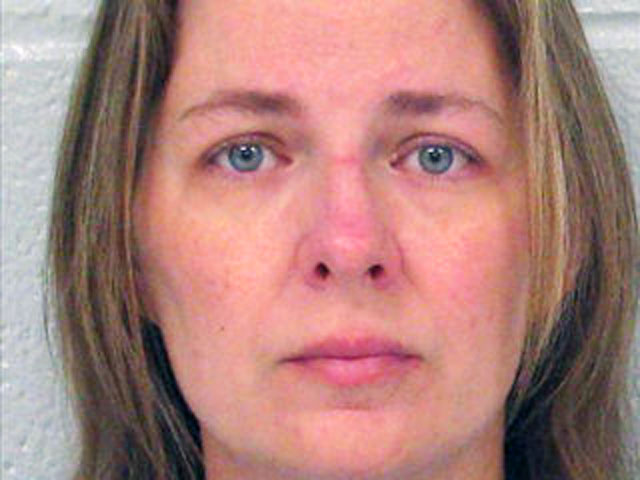 According to CBS affiliate WGCL, investigators with the Carroll County Sheriff's Office said the students were coming over under the guise of having them meet her children.

Hammonds lawyer, Mac Pilgrim, said her husband kicked her out after the allegations.

According to Carroll County deputies, the relationships have been going on since February, reports WGCL.

"This was a consensual sexual encounter that occurred at her house," Capt. Shane Taylor told . "However, with her being in her position as administrative assistant at the school, these being high school students, even though they are of age, under the supervisor of disciplinary control, this is a sexual assault," Taylor said.

A judge denied Hammonds bond after investigators told the court she made contact with one of the alleged victims on Monday night and Tuesday morning.

The victims are ages 17, 18, and 19, authorities said. Investigators say more charges could be filed if more students come forward.

Pilgrim said the law doesn't apply to his client even if she did have sexual relations with students.

According to investigators, Hammonds admitted to the Carroll County School District that she did have sex with one of the students.