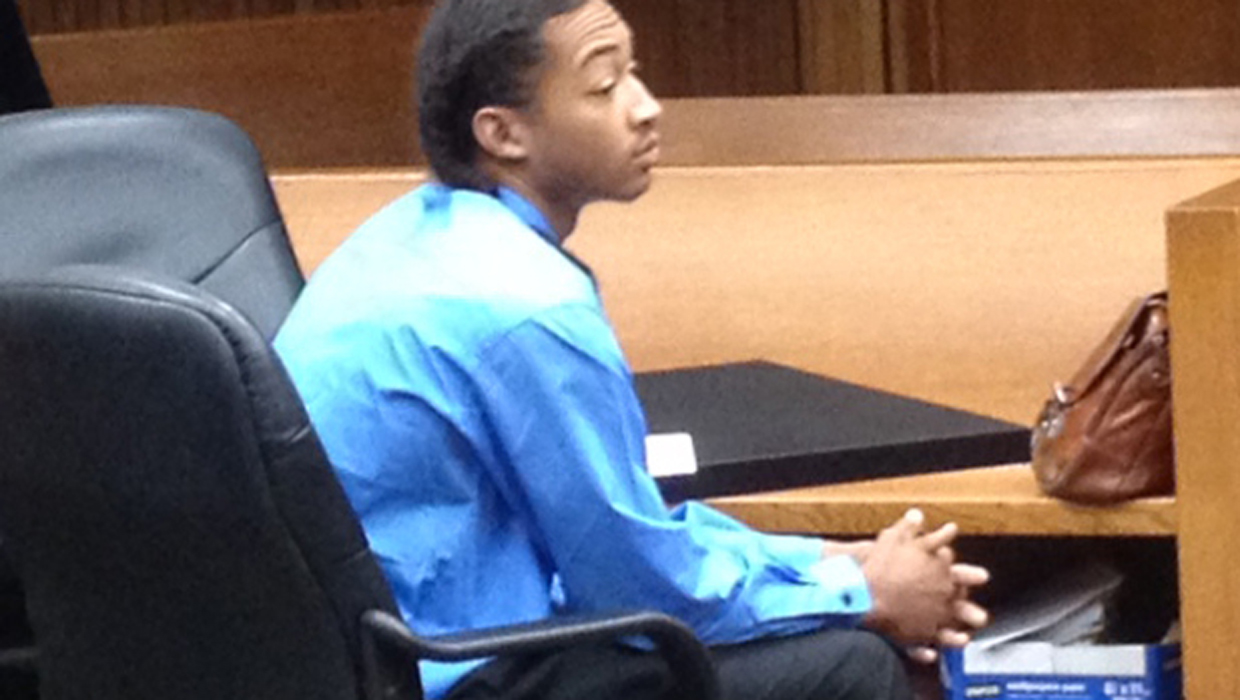 DETROIT - A 17-year-old football star was sentenced Friday to 60 days in jail in the body-slamming of a security officer in his Detroit high school.

Jayru Campbell read a letter of apology written to the guard during a hearing in Wayne County Circuit Court. The guard didn't attend the sentencing.

"It was not my intention to cause you pain," Campbell said in court.

Campbell's jail time is to start July 28, after he finishes summer school, with credit for three days already spent in jail. He also will serve 15 months of probation and do 75 hours of community service.

"Lack of self-control cannot be sanctioned no matter who you are," said Judge Timothy Kenny.

The Cass Technical High School junior pleaded guilty earlier this month to misdemeanor aggravated assault. According to CBS Detroit, Campbell will be put on probation under what's known as Holmes Youthful Trainee status, which means that his criminal record will be expunged if he meets certain terms, such as attending anger management classes and getting counseling.

Campbell admitted he slammed the officer head-first on Jan. 22 after the teen refused to pull a hood off his head. The confrontation was recorded on video.

Campbell, a quarterback, led Cass Tech to state championships in 2011 and 2012. He has said he wants to play football at Michigan State in 2015.