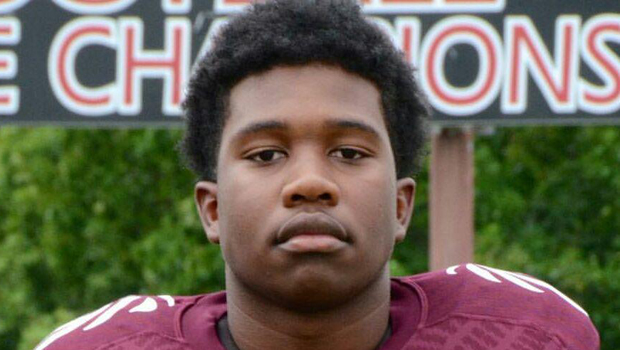 KNOXVILLE, Tenn. -- Zenobia Dobson is preparing to bury her 15-year-old son, Zaevion. He was her baby.

Police say Zaevion was shot dead by gang members while trying to shield three young girls from the gunfire.

"It was an honor for my son to protect another individual," Dobson told CBS News.

Zaevion's brother Zack was there when it happened.

Two of the teenage girls who Zaevion shielded from bullets have called the high school football standout a hero.

"If it wasn't for Zaevion, me or her would have probably been shot," one of them said.

He said Zaevion was caught in the crossfire of rival gangs. Rausch said one of the gang members who shot at Zaevion was Brandon Perry, who was retaliating after a group of men shot at his home.

The chief said Perry ended up being shot and killed by a rival gang less than three hours after he shot at Zaevion.

This weekend at a candlelight vigil, classmates honored the sophomore who grew up in a high crime area of Knoxville and became the football player with star potential.

"A great kid, a guy that worked harder than anybody, it seemed like, and a guy that made the right choices," coach Rob Black said. "That gave him a chance to be successful, and he is a success story."

As Zaevion's family and his football team prepare to bury him the day after Christmas, Knoxville police are still actively looking for three more gang members they say are suspects. That's because police believe, in total, five gang members all randomly fired shots at Zaevion and the teenagers who were around him.

Those three girls Zaevion shielded were not hurt.