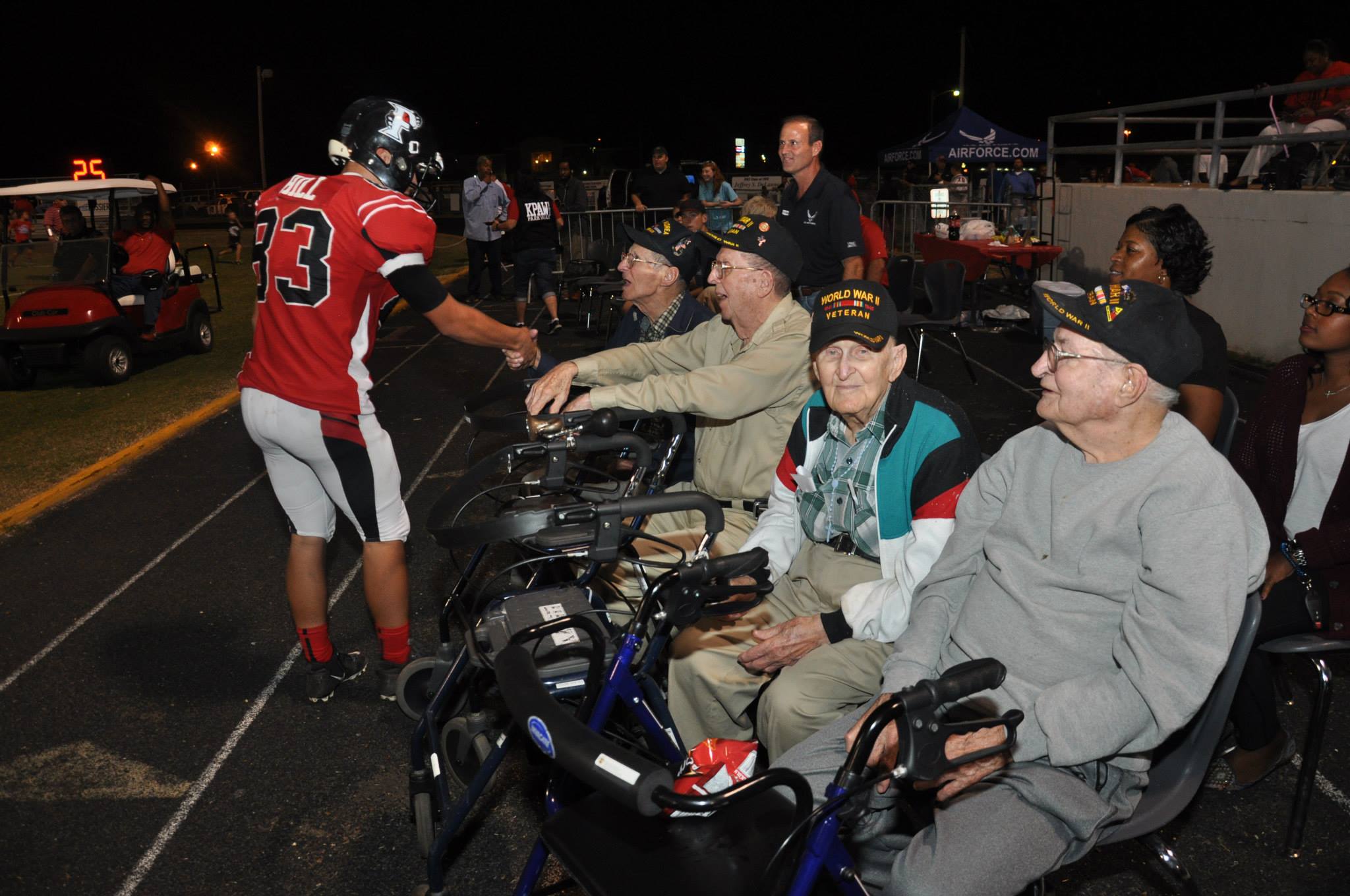 But one sheriff working a night game last week said he's never seen something quite like this.

A group of seven World War II veterans -- six men from the U.S. Army, U.S. Air Force, U.S. Navy and one female veteran who served in the Women in the Air Force -- were seated on the sideline as Parkway High School Varsity football team's honored guests.

They smiled as they watched players 80 years their junior run back to the field at the end of halftime.

The players were heading for a team huddle when #83 broke from the group and made a beeline for the vets.

Chase Hill, a junior at the Louisiana high school, stopped to greet the group.

"He just left the formation and came up to vets and shook every one of their hands," Lt. Bill Davis of Bossier Sheriff's Office said. "This isn't something we see every day."

When Davis saw the one football player jump out of the crowd he knew he had to capture the moment on camera.

"Law enforcement officers deal with teens who do stupid stuff every day," Davis said. "And for this kid to do what he did, which to me was really just a class act -- a badge of honor if you will, that's what you want to see."

Afterward, Davis decided to share a photo of the heartwarming moment on the police department's Facebook page, which garnered nearly 8,000 likes and 2,300 shares.

"When they make good choices, we can say: 'Hey look at this one, folks,'" he said.

Hill thanked the department for sharing the moment and Davis for his service.

"I didn't do that for attention," he commented on the Facebook post. "I did it for my heroes. My soldiers."

The veterans are members of the Northwest Louisiana War Veterans Home and were welcomed by the Parkway High School AFJROTC instructor Dave Hadden, cadets and students.

"They were pretty excited the whole night," Davis said, explaining that cheerleaders, students and fans also met with the veterans.

But Hill was certainly the "class act" of the night.

Davis said he can't speak on behalf of the teen, but he did agree with the hundreds of people who commented on the photo: His "parents certainly raised this boy right!"