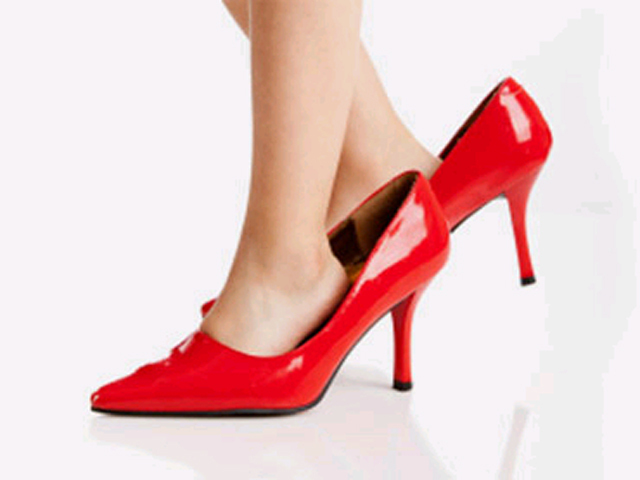 (CBS) Are you among the millions of women who wear high heels day after day? If so, a new study suggests you're probably causing permanent damaging to your feet and legs.

PICTURES: Fashion harmful to health? Not these 2012 trends

It's no secret for those who wear high heels that it can be painful to walk in them. But researchers behind the new study wanted to delve deeper and see if heels cause long-term damage to the way women walk.

Researchers at Griffith University in Queensland, Australia got the idea over a cup of coffee, while watching a young woman stumble past them in heels. "She looked quite uncomfortable and unstable," Dr. Neil J. Cronin, a postdoctoral researcher at the university's musculoskeletal research program, told The New York Times. "We began to consider what might be happening at the muscle and tendon level."

For the study - published in the Jan. 12 issue of the Journal of Applied Physiology - Cronin and colleagues put 9 "habitual high heel wearers" to the test and studied their walking. These women wore two inch heels for at least 40 hours a week for a minimum of two years. The researchers compared their strides on a 26-foot platform with strides of 10 young women, who wore heels less than 10 hours per week. All the women ranged in age from their late teens to their early 30s, and were outfitted with electrodes and sensors to study their leg muscles.

What did the researchers find?

The daily high heel-wearers walked with shorter and more forceful strides, compared to the controls. The heel wearers were also found to constantly have their feet in a flexed, toes-pointed position - so much so, that it became "default" for their feet, Cronin told the Times. This position - along with the shortened stride - actually caused the women's calf muscles to shorten, the study found, leading them to put more strain on their muscles

Cronin said that when these women will slip on more comfortable shoes like sneakers or flip-flops, they face an even greater injury risk since they're introducing their permanently deformed feet into a different environment. And since the women in the study were young - 25, on average - the toll the heels take on feet may happen fairly quickly, and the impact could be even worse for older women.

That doesn't surprise Dr. Orly Avitzur, medical adviser for Consumer Reports. She's written about high heels dangers for years, and she told HealthPop that she's heard from many women they simply can't wear high heels once they reach their 40s because their feet are too damaged.

"If you're doing it in your 20s, it's one thing," Avitzur said. "If you do it when you're much older, you're accruing years and years of deformities and issues related to your feet."

Avitzur says in addition to the study's findings, wearing high heels daily can cause hammer toes, bunions, dislocated or sprained ankles, fractures, and ligament tears - some of which may require surgery. She says the bigger the heel the woman wears, the greater the risk. And for some women who wear high heels during a night on the town, alcohol impairs balance and coordination, making risk even greater for fractures and ligament tears.

Can anything be done to reduce a woman's injury risk if she can't live without high heels? Avitzur says for some women who've been wearing heels for decades, it might take a long time to reverse the damage they've caused. But she says women should wear flats most of time and only switch into heels sparingly. If you're going to buy heels, avoid the ones with pointy tips and opt for a pair with a wide toe box, she says. Once women reach their destination, they should should give their feet a breather under the desk or table, and especially take them off if they plan on dancing.

"Even I must admit a woman's leg looks better in high heel than a flat shoe," Avitzur said, conceding many women sacrifice practicality for fashion. But, "stilleto shoes, as stylish as they can be, are simply not worth the risk of fractures, dislocation, surgery, and weeks of wearing a cast."

How long can a person survive in sub-zero temperatures?
Ryan Jaslow