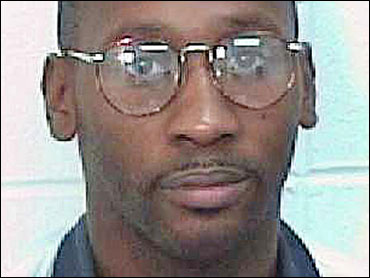 The Supreme Court has cleared the way for a Georgia man to be put to death for killing a police officer two weeks after it halted his execution to consider his appeal.

Troy Davis asked the high court to intervene in his case and order a new trial because seven of the nine witnesses against him have recanted their testimony. Former President Jimmy Carter and South Africa Archbishop Desmond Tutu are among prominent supporters who have called for a new trial.

The justices granted Davis a reprieve on Sept. 23, less than two hours before his scheduled execution. But they declined Tuesday to give his appeal a full-blown hearing. It was not immediately clear when his execution will be scheduled.

Davis' supporters, who erupted in joy when his execution was halted last month, said they were heartbroken when they received word of the decision.

Davis was convicted of the murder of 27-year-old officer Mark MacPhail, who was working off-duty as a security guard at a bus station. MacPhail's family said they were relieved.

"I was hoping that would be the decision," said MacPhail's mother, Anneliese MacPhail. "I'm hoping that soon we will have some peace, that this will all be over."

A divided Georgia Supreme Court has twice rejected Davis' request for a new trial, and had rejected his appeal to delay the execution on Monday afternoon. The Georgia Board of Pardons and Paroles also turned down his bid for clemency.

MacPhail had rushed to help a homeless man who had been pistol-whipped at a nearby parking lot, and was shot twice when he approached Davis and two other men.

Witnesses identified Davis as the shooter, and at the 1991 trial, prosecutors said he wore a "smirk on his face" as he fired the gun.

But Davis' lawyers say new evidence proves their client was a victim of mistaken identity. Besides those who have recanted their testimony, three others who did not testify have said Sylvester "Red" Coles - who testified against Davis at his trial - confessed to the killing.

Coles refused to talk about the case when contacted by The Associated Press during a 2007 court appearance and has no listed phone number.

Prosecutors have said the case is closed. They also say some of the witness affidavits simply repeat what a trial jury has already heard, while others are irrelevant because they come from witnesses who never testified.