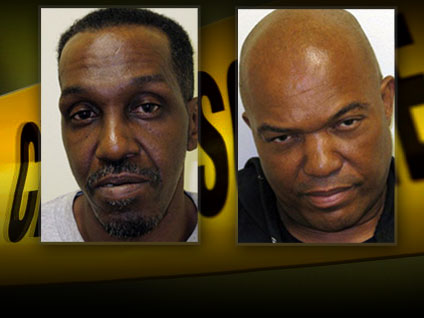 A 20-year veteran of the news business, Mary Jane Clark uses that experience as the inspiration for her New York Times best selling novels. The CBS News producer and author visits The Saturday Early Show to talk about her new book, "Hide Yourself Away."

Set in America's "First Resort," Newport, R.I., the book starts with the discovery of the skeleton of a socialite who disappeared 14 years before in a tunnel beneath a famous mansion. It happens just hours before the KEY News crew arrives for its weeklong broadcast.

Soon, twists and turns give way to a KEY intern's death and another's disappearance. And the suspense continues. Read an excerpt from the Prologue:

He wanted to have the light on, but she was just as glad that wasn't a possibility. Any illumination coming from the playhouse windows would beckon one of the staff to come and investigate.

He also wanted to have some music playing and had brought along his cassette player, but she insisted on silence. They couldn't risk the noise traveling out into the soft, night air. The only undulating rhythm coming from within the cottage this night would be the slow, steady rocking of their bodies.

She lay on her back on the wrought-iron daybed, thinking of the youngsters who had napped on the mattress. She strained at every cricket's chirp and skunk's mournful whine from the field outside. She wondered if there were animals in the condemned tunnel that ran beneath the playhouse. She hoped not, since that was their predetermined escape route should they ever need it

She was having a difficult time letting herself go. He was having no such problem. He was well into things. It was just as he was becoming frenzied that she heard the voice outside the cottage.

"Good Lord, it's Charlotte," she hissed as she pushed him away.

They scrambled to collect their clothes. He grabbed his cassette player as she slid aside the wooden panel in the floor. Into the darkness they lowered themselves, sliding the trapdoor shut just as the playhouse door above them opened.

The cold, hard dirt floor of the tunnel pressed against their bare feet.

"I'm getting dressed right here," she said. God only knew what was in this tunnel, and she would feel a hell of a lot better if she were clothed as they made their way to the water at the other end.

They sorted their clothes by feel and dressed in the blackness as muffled voices came from above.

Slowly they began to walk, arms outstretched to the tunnel walls, feeling their way out to safety, She stifled a scream as she felt something brush her leg. A raccoon? A rat? God was punishing her for her sinfulness.
Eventually, the waters of Narragansett Bay glistened from the opening at the end of the tunnel. They stepped up their pace, the moon providing scant but precious light. As they reached their goal, he stopped.

"My wallet. It must have slipped out of my pants pocket."

"I'm going back for it." She was adamant.

"Tomorrow. You can get it tomorrow," he urged.

She wished she could follow him out, but she knew she wouldn't sleep all night knowing that his wallet might give them away.

"All right, but I'll see you tomorrow."

She swallowed as she watched him dart along the shoreline and disappear into the darkness. Taking a deep, resolute breath, she turned and stepped back inside, feeling gingerly against the side of the tunnel. Her fingers brushed against the hard-packed dirt and old brick, cold and clammy to the touch. She imagined what it must have been like for the slaves, running for their lives through this tunnel, inhaling deep breaths of the damp, musty smell that filled her nostrils now. Had they had lanterns to light their way? Or had they tapped blindly along in the blackness, not knowing what was in front of them but willing to risk it, knowing only what horrors they had left behind?

When she estimated she must surely be close to the ladder that led up to the playhouse, her hand receded into a large indentation in the wall. Pieces of earth broke away as she pushed against it. Her pulse quickened. Was the old tunnel safe? Could it collapse and trap her inside? Would anyone ever find her?

She prayed. If she got out of this one, she vowed she would never, ever go to the playhouse again. No matter how much he wanted her to, this was the last time. She promised.

She pushed on, sniffling quietly in the darkness.

Until she tripped over something and fell to her knees. Her breath came in short, terrified pants, her heart pumped against her chest wall as her hand groped over the form. It was covered with a smooth fabric of some sort, and it was large and intractable.

She had had this feeling before, but only occasionally, in dreams. The urge, the ache, the need to scream, but somehow being frozen, unable to utter a sound. She pushed back from the body and cowered against the tunnel wall, trembling in the darkness.

Later she would realize that she had been there for only moments, but then it seemed an eternity, the terrified thoughts spinning through her mind. She should go get help. She should summon people from the big house. But she couldn't. She wasn't supposed to have been here at all, and she was mortified at the thought of having to explain her forbidden tryst.

And, even worse, what if they blamed her? What if they thought she had committed murder? She was rocking on her haunches, trying to soothe herself, when she heard the grating sound. The door was sliding open overhead.

She clamped her eyes tight, sure that this was the end. The murderer was coming to get her too.

Instead, something fluttered from above, hitting her head, grazing her face. A piece of paper? A card?

She listened, shaking but undetected, as the door slid dosed again.

The mining lamps that dotted the tunnel were powered by a generator, but that was one of the few nods to technology. The work was being done painstakingly, by hand. Just as the tunnel had been dug more than a century and a half before, human beings, not machines, scraped the clay and mortared the old red bricks now. Special care was being taken, inch by inch, foot by foot, to make sure that the walls were sturdy and firm. When the job was completed, thousands of tourists and historians and students would have the opportunity for the first time to walk the path American slaves had trod on their desperate flight to freedom. This tunnel had to be safe.

"We've got a soft spot here," called an expert mason, his words echoing against the walls of the underground passage.

The trowel tapped against the soft, red clay. Clumps of earth fell to the tunnel floor. The indentation in wall grew larger.

The burrowing continued, revealing folds of material embedded in the clay, discolored and shredded by dirt and time. Still, some metallic threads managed to glitter in the light of the mining lamps. Gently, the mason brushed away the clay, following the trail of golden fabric.

The other workers in the tunnel gathered to watch the digging, and when they saw it they were grateful that they were all together. No one would have wanted to find such a thing alone.

A human skull and bones, swaddled in yards of gold lamé.

Excerpted from "Hide Yourself Away." Copyright 2004 by Mary Jane Clark. St. Martin's Press. All rights reserved.