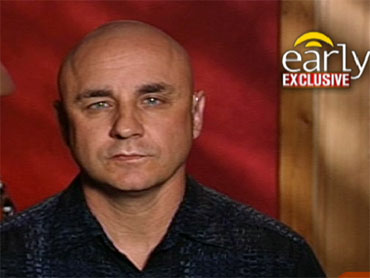 The mother accused of hiding her six year old boy in a secret room in her mother's house for nearly two years was in court Tuesday, and the judge refused to allow her any access to her son.

Outside the courthouse, Shannon Wilfong insisted to reporters that she hadn't done anything wrong.

Responding to a tip, authorities say, they found Wilfong, 30, and her son, Richard "Ricky" Chekevdia, inside the home of Ricky's grandmother, Diane Dobbs, 51, on Friday.

Investigators say he was kept in a room behind a false wall just 12 feet by 5 feet, with a ceiling only four feet high whenever visitors arrived, and never allowed to leave the two-story rural home in southern Illinois' Franklin County, about 120 miles southeast of St. Louis.

Wilfong and Ricky disappeared in Nov. 2007 after a contentious custody battle that resulted in temporary custody for the boy's father, Mike Chekevdia.

Wilfong's mother claims she and her daughter hid her grandson to protect him from Chekevdia, who they claim sexually abused the boy.

As she was being led away from the courthouse, Wilfong contended to reporters Tuesday, "My little boy said that he was scared to go back, because his dad was gonna tie him up again."

The judge has ordered Ricky to stay with one of Mike Chekevdia's relatives until a November custody hearing, but indicated his desire to reunite father and son after thorough counseling.

On "The Early Show" Wednesday, co-anchor Maggie Rodriguez asked Chekevdia whether he's concerned that Ricky might not want to go back and be with him because, according to a state child welfare worker, Ricky is calling Chekevdia a monster.

Michael replied, "He's staying with family, and I get situation reports from my family seven-to-ten times a day as to how he's doing. I call them, they call me. You know, we spoke about that stuff. And I asked them, did these appear to be programmed statements? Or were they actually words he used with emotion? And ... my family member told me -- and he's a really educated guy -- he said they really appear to be programmed responses. ... To my son, I think, it's a word more than a word that's associated with an actual being."