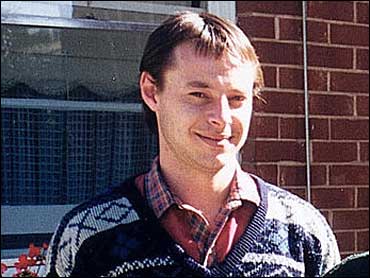 David Hicks, the first Guantanamo Bay detainee to stand trial for terrorism, will not fight strict monitoring conditions likely to be imposed on his release from an Australian jail later this year, his lawyer said Monday.

Hicks, who was tried by a U.S. military commission, returned to Australia on Sunday after a plea deal with U.S. prosecutors that ended more than five years' detention at the American military camp in Cuba.

The 31-year-old former kangaroo skinner pleaded guilty in March to providing material support to al Qaeda, including attending terrorist training camps in Afghanistan. Prosecutors said he sought to fight on the side of the Taliban against U.S.-backed forces who invaded the country after the Sept. 11 terrorist attacks.

Hicks' return to Australia has prompted debate about how he will be treated after his release, with one possibility being a control order restricting his movement, requiring him to report to authorities, and other strict monitoring measures.

Hicks' Australian lawyer, David McLeod, said his client would not oppose such an order.

"He doesn't want to be seen as someone who is bucking the system or being difficult. He is extremely grateful to everybody who has secured his return to Australia and he doesn't want to upset that," McLeod told Seven Network television.

Hicks is due to be released Dec. 29. He has not committed a crime under Australian law, but national police could request a control order using terrorism laws introduced since the Sept. 11 attacks in the United States.

Attorney General Philip Ruddock declined to comment on security arrangements for Hicks, saying only "public safety is the primary concern."

McLeod said Hicks, a Muslim convert who left Australia in 1999 and joined fighters in Kosovo and Kashmir before going to Afghanistan, was overjoyed to be back in Australia. Hicks had "a lot of regrets" and accepts he was "misguided," he said.

"He knows he's got the job ahead of him to prove he's not the monster he's made out to be," McLeod said.

Hicks was captured in December 2001 in Afghanistan by the U.S.-backed Northern Alliance, and became one of the first terrorist suspects to be transferred to the U.S. naval base in Cuba.

He was tried by a military tribunal under a system created by the U.S. military after the Supreme Court ruled the Pentagon's previous system was unconstitutional.