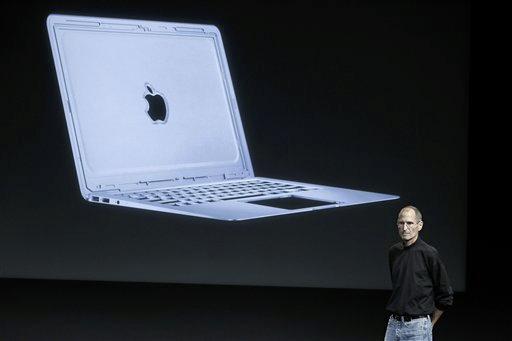 Hezbollah and its Shiite allies declared themselves victorious in southern Lebanon in Sunday's second stage of national elections, a vote the militant group hopes will prove its strength and send a message of defiance to the United States.

Hezbollah, the guerrilla group that fought Israel during an 18-year occupation and is now facing international pressure to disarm, is labeled a terrorist organization by Washington.

Four hours after polling stations closed, Hezbollah's deputy leader, Sheik Naim Kassem, and election ally Nabih Berri of the Shiite Muslim Amal movement, said they had won all 23 seats in this region bordering Israel. Official results were not due before midday Monday.

"It has become clear that all members of the Resistance, Liberation and Development Ticket have won in (southern Lebanon's) two regions," Kassim told reporters. "The south has declared through this vote its clear stance in supporting this track."

He said that in one constituency, with more than half the votes counted, Hezbollah official Mohammed Raad was leading with 69,207 votes against his closest rival, Elias Abu Rizk who got 7,000 votes. In the another, with more than third of votes counted, Berri was leading with 35,560 while his closest opponent, Riad Asaad had 5,304 votes, Kassim said.

While the balloting in southern Lebanon was peaceful, the first major violence in the four-stage elections broke out in central Lebanon, where Druse supporters of opposition leader Walid Jumblatt and rival Talal Arsalan clashed. Seven people were wounded in the gunfire in the mountain resort of Sofar before troops intervened and separated the two sides, the official National News Agency reported. The region votes next Sunday.

In the south, Lebanese security officials said a Katyusha rocket set to be fired on Israel from a border area was dismantled by security forces late Saturday before it was launched. They spoke on condition of anonymity.

Outside a polling station in the port city of Tyre, a picture of Hezbollah leader Sheik Hassan Nasrallah with a 'Yes' written on it was hung near a portrait of U.S. President George W. Bush wearing a cowboy hat and the word 'No' written on the bottom.

At the entrance of Bint Jbeil, a Shiite town several miles from the Israeli border, a yellow Hezbollah banner read: "Free people make free elections.'' Outside the polling station in the town's center, veiled young women distributed candidate lists and cars blared from loudspeakers guerrilla songs and speeches from their leaders to encourage voters.

"We should show our support for the resistance and those who were martyred for the sake of liberating this country,'' a smiling Kamel Hamka, 77, said as he walked out of the polling station.

He said one of his sons was killed during a guerrilla operation against Israelis in 1986, and he sent five children to America and one to Australia to escape the occupation.

"If it wasn't for the resistance and the martyrs, I wouldn't be here voting today," he said.

The area continues to see occasional tension with the Jewish state since the Israeli troop withdrawal from a border security zone in southern Lebanon in 2000. The Syrian- and Iranian-backed Hezbollah expects strong voter support will give it greater political influence to confront international pressure to disarm now that its Syrian backers have withdrawn from the country.

The elections, which are scheduled for two more Sundays in other regions, follow the assassination last week of an anti-Syrian journalist and continuing calls by the opposition for President Emile Lahoud's resignation.

Syria pulled all its troops out of Lebanon in April after three decades of control, and the anti-Syrian opposition hopes the elections will end Damascus' control of the legislature.

In last Sunday's polls in Beirut, anti-Syrian opposition candidates took out most of the capital's 19 parliamentary seats.

But the vote in the predominantly Shiite south has different political objectives than other areas, where the race is largely between the pro- and anti-Syrian camps. In the south, the election is geared toward rejecting international pressure to disarm Hezbollah in line with U.N. Security Council resolution 1559, which was sponsored by the United States and France.

Voters in southern Lebanon are united in their support for Hezbollah, crediting it for forcing Israeli troops to withdraw from the region and in their rejection of international attempts to disarm the group.

Hezbollah, backed by both Syria and Iran, led the guerrilla war against Israel's occupation. The group is fielding 14 candidates across Lebanon, hoping to build on the nine seats it already holds in the 128-member legislature. It has already won a seat in Beirut.

There were 53 candidates running for the 23 seats in the south. Six candidates won uncontested because there were no challengers in their districts.

Last year's U.N. Resolution 1559 forced Syrian troops to leave Lebanon and also demands militias a clear reference to Hezbollah in Lebanon give up their weapons. The United States has also called for the group to abandon its weapons.

Hezbollah has refused to disarm, and Lebanese authorities have rejected U.S. and U.N. demands to dismantle the group, saying it is a resistance movement, not a militia.