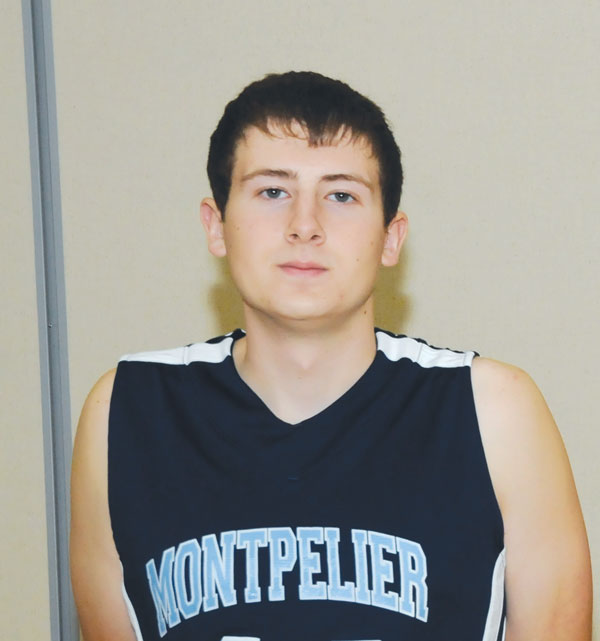 When blizzard-like conditions struck Ohio Saturday, causing a number of crashes across the state, one teenager went "over and above" to save a stranger's life.

Dalton Surbey, a 17-year-old high school junior from Montpelier in Northwest Ohio, is being called a hero after pulling a 73-year-old man to safety after a multi-car accident, despite having just been hit by a truck.

According to The Bryan Times and Ohio State Patrol Sgt. Michael McClain, Surbey had stopped his car behind an accident during whiteout conditions on Ohio 576. Duane Ward, 73, had been rear ended by another car. Another car then struck Surbey's in a second crash. Both Surbey and Ward stepped out of their cars to check on the other drivers.

Then a third crash: A black Ford Ranger truck struck one of the cars, and then hit Surbey and Ward, inflicting what McClain described as "pretty serious injuries."

"I was knocked to the ground and could not get out of the way," Ward later recalled, according to The Bryan Times. "I couldn't move. I thought I was going to get run over."

Ward had suffered a broken pelvis and tailbone. Surbey, it was later discovered, had fractured three vertebrae. Despite his injuries, Surbey sprang into action.

"I felt some pain when I stood up," he told the paper. "Then I heard him scream and I started looking for him... He was in the opposite lane and I thought, 'I can't let him stay there.'"

Surbey apologized as he moved Ward, knowing he was in pain, but insisted: "I have to get you out of the road."

Surbey laid Ward in a ditch by the side of the road and then "tried to make sure no one else was hurt," he said.

When Sgt. McClain arrived at the scene, Ward was still lying by the ditch, in the care of paramedics.

Had Ward stayed laying in the road, McClain said, he would have been in "imminent danger." Surbey had quite possibly saved his life.

"He went back into harm's way to assist Mr. Ward," McClain said of Surbey in an interview with CBS News. "This young man, I would say he went over and above."

According to The Bryan Times, Ward is convinced he likely owes his life to Surbey.

"If he would not have been there, I probably wouldn't be here," Ward told the paper. "He could have been hit again, but he helped me. ... Certainly, he is a hero."

Surbey, a basketball player for Montpelier High School, is out of the hospital, but said he thinks it will be a while until he can return to sports. For his part, he was just an average kid trying to do the right thing.

"I don't expect people to consider me a hero," he told the paper. "I just thought he was in trouble and the last thing I wanted was for him to get hurt worse."

In total, seven vehicles were involved in what amounted to three separate crashes.