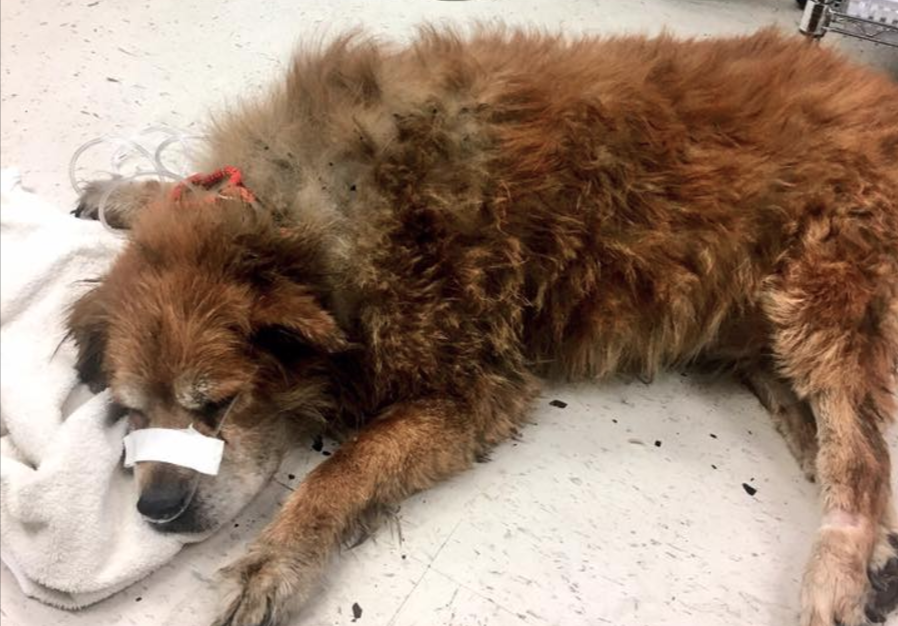 A fluffy dog named Che is being hailed a hero for shielding his owner from a fire that tore through a house in Philadelphia last week.

And if it wasn’t for Che, neighbors say they too might have been at risk.

The dog began barking in the middle of the night, alerting neighbors to smoke that led to several 911 calls. Fire officials said the home had no working smoke detectors, CBS Philly reported.

Jen Leary, founder of the Red Paw Emergency Relief Team, arrived on scene as Che was being pulled out of the burning building by firefighters.

“They said they found Che laying on top of his owner,” Leary told CBS News.

Both the woman and the dog were unconscious.

As soon as Leary arrived on scene, neighbors didn’t hesitate to tell her about Che’s heroic act.

“They said to me, ‘Che saved our lives; we heard him barking and he never barks in the middle of the night like that,’” she described. “They saw smoke and called 911. They all said, too, that the owner and Che are so tight. They were always together. Always.”

The dog didn’t suffer any burns. But his owner, Andrea Bulat, suffered burns over 50 percent of her body and was reported to be in critical condition.

“They found her on the floor of the living room. The dog was on top of her,” neighbor Anthony Daly told CBS Philly. “I guess he had tried to protect her.”

After the dog’s owner was transported to the hospital, officials provided Che with oxygen on the scene, and the pup was taken to a local animal hospital, suffering from severe smoke inhalation.

Now, nearly a week after the fire, Che is on his way to a full recovery. On Thursday, the dog was taken off oxygen and released from the hospital. He will remain in the care of Bulat’s friend.

Leary, who’s part of a team of seven, said the animal rescue team is on call 24 hours a day, seven days a week, ready to help any animal in need.

The local fire chief gives the team a call whenever a pet is involved.

“We’re there to fill that void in the emergency response system,” Leary said. “There was no organization helping families with their pets. They take care of the people, put out the fire but no one was taking care of the pets.”

This isn’t the first time Leary has heard people credit a pet with saving a life.