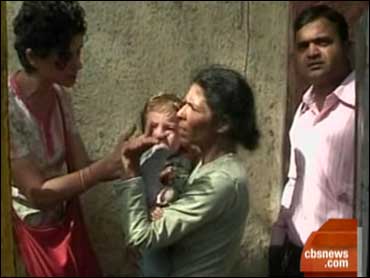 In the midst of the horrors of Mumbai, there was one amazing escape.

Surrounded by police, gunmen controlled a Jewish community center, when suddenly, hours after the attacks started, a woman appeared outside with a baby in her arms.

"When I heard him calling me, I just ran, picked him up and ran out. That's it," Sandra Samuel said.

As CBS News correspondent Sheila MacVicar reports, Samuel has looked after 2-year-old Moshe Holtzberg since he was born.

On the night of the attack, Samuel was in the kitchen.

As the gunmen stormed in, "I hid in the storeroom," Samuel said.

All that night she listened as the terrorists rampaged through the house. Samuel said the men just kept shooting the lights.

The next morning, more than 12 hours later, Samuel heard something else.

"He was crying my name," Samuel said of the baby. "At a quarter to 11, the baby was on the second floor, near his mother, standing and crying."

Knowing the terrorists were in the building, but not knowing where, she opened the door, ran up the stairs and grabbed Moshe.

On the floor, she saw Moshe's mother, Rivka, and his father, Rabbi Gaby Holtzberg, shot dead.

In Israel now, Sandra and Moshe stay with the baby's great uncle.

"I think she is a big hero because she has the chance to leave and save herself," Rabbi Yitzhak David Grossman said.

But Sandra, guilt-stricken because she believes Moshe's parents were still alive when she fled, insists she is no hero:

"No. No not one bit because if I was I would have tried to do something for my rabbi. I would have done something, but no, I was a coward. I just took the baby and I ran and that's it."

In an irony of ironies, Moshe is being cared for by family, who have cared for so many other orphaned Israeli children - thousands of them - in a center founded by his uncle.

"When he cries, I also cry to see a child like Moshe who lost his father and his mother for nothing," Rabbi Grossman said.

No one knows how much Moshe saw or how much he knows. His back is bruised where terrorists hit him.

Samuel says she will be with him as long as he needs her. She wants to be with him until he "grows big."

"By God's grace I hope I am there to see it," Samuel said. "That's it. All my blessings to my Moshe baby."

For More Information & How You Can Help:
Migdal Ohr (Tower of Light) | Chabad Mumbai Relief Fund 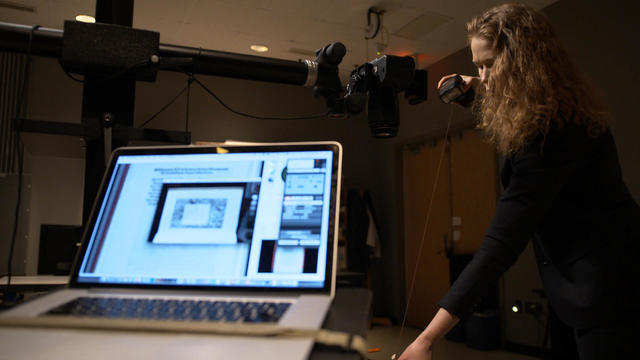