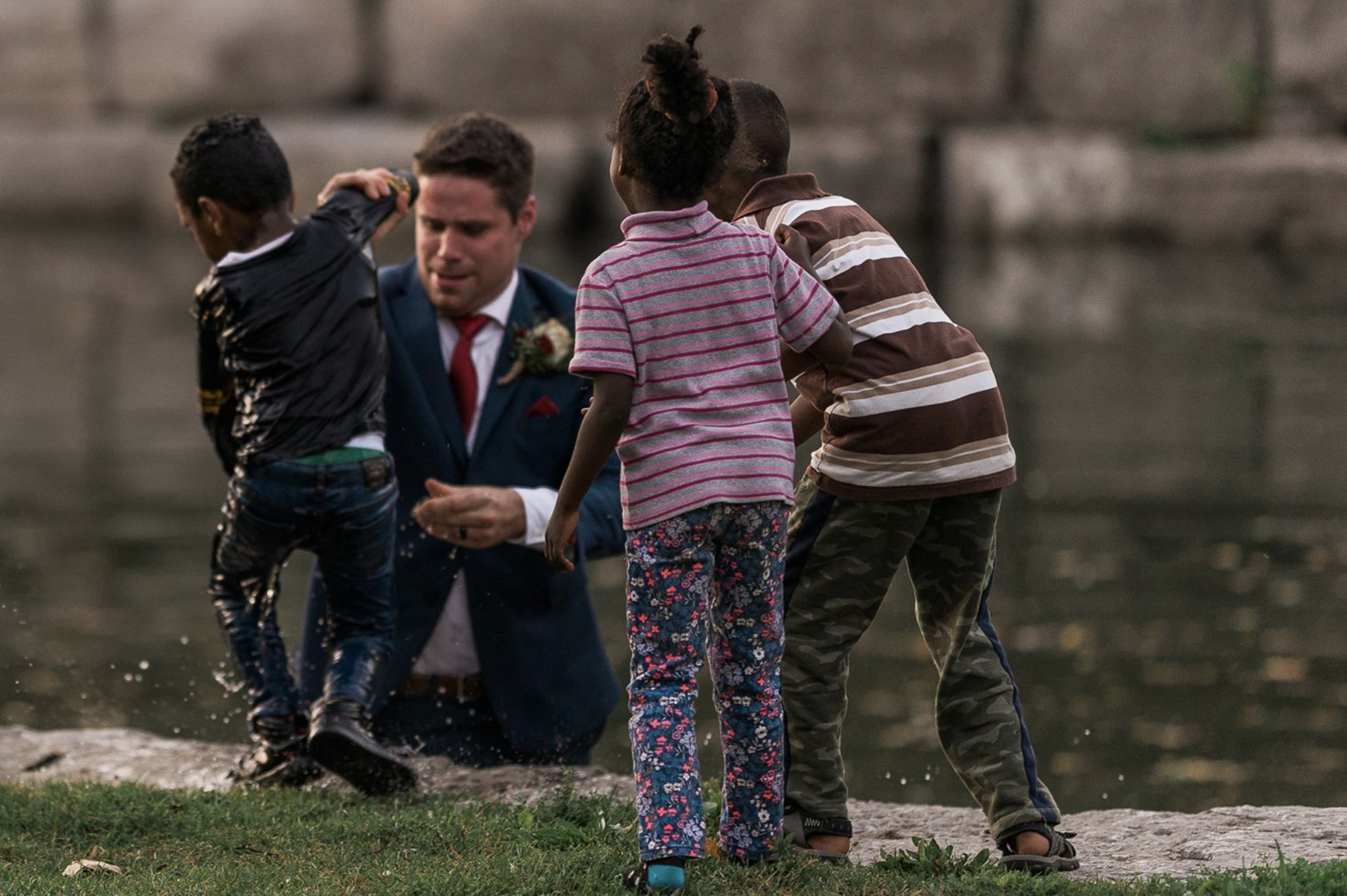 When Clayton Cook jumped off a park bridge and into the water while posing for wedding photos, his bride, Brittany, thought he was playing a prank on her.

Seconds later, she realized it wasn't a prank at all.

"Grab my hand, grab my hand!" Cook yelled as he popped up from the water.

Several feet below, Brittany saw a little boy struggling to keep his head above water. Her new husband was swimming toward the child, reaching for his wrist.

"I kind of plucked him out, and he was OK," Cook told BBC News.

The couple from Cambridge, Ontario, Canada, said three children had been following them around, cheering and pointing at their wedding outfits.

"For several minutes these kids were following us, and I was just keeping an eye on them because they were standing close to the water," Cook said. "Then while Brittany was getting her solo shots taken I realized only two were standing on the rock ledge."

That's when Cook bolted from the photo shoot and ran toward the scene.

"I saw the boy in the water struggling to keep his head up," he explained. "That's when I jumped down."

Wedding photographer Darren Hatt captured the incredible moment on camera. His images have been shared nearly 2,000 times since they were posted Saturday afternoon.

"As soon as I could turn around he had already plunked him on the ground outside the river," Hatt told BBC News. "So I just kept on capturing the story of the day, including this."

People online have been praising the groom's quick response since the photos surfaced.

"Wow! What a hero! Such a selfless thing to do...so lucky that he just happened to be there," one Facebook user commented.

"God bless you and your new wife. You did a great thing for that little boy," another replied. "You impacted his life in ways you will never know, but who knows, maybe you will know someday."

Brittany said she wasn't surprised by her husband's selfless act. It's just one of the many reasons she fell in love with him.

"In our wedding speeches, I did mention how he'd do anything for anybody before they even thought to ask him and how loyal he was," Brittany said. "So, yeah, I guess I could say he's [my hero]."