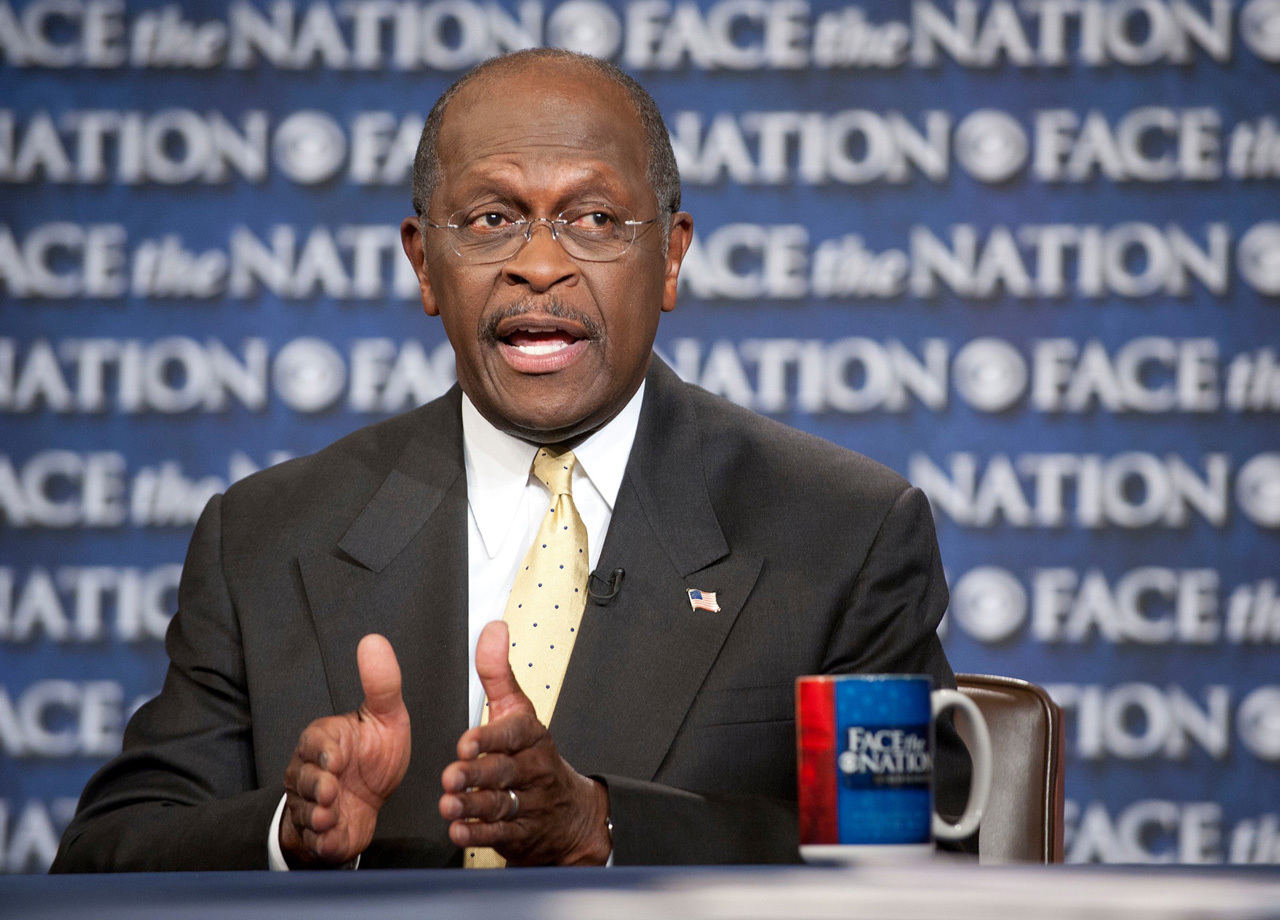 In a statement Sunday night, Cain's campaign said a media report that Cain was accused of sexual harassment at least twice during his tenure as the head of the National Restaurant Association isn't true and represents unfair attacks.

Cain spokesman J.D. Gordon said the political press was "dredging up thinly sourced allegations" from Cain's tenure leading the trade group in the 1990s. Gordon said the report includes "unsubstantiated personal attacks" and said the press is "casting aspersions on his character and spreading rumors that never stood up to the facts."

The allegations were first reported by the website Politico.

In its report, Politico writes that two women at the National Restaurant Association "complained of sexually suggestive behavior by Cain that made them angry and uncomfortable, (Politico's) sources said, and they signed agreements with the restaurant group that gave them financial payouts to leave the association. The agreements also included language that bars the women from talking about their departures."

The Cain campaign denial claimed the report was produced by "Inside the Beltway media." The statement, issued by Gordon, never directly denies the allegations.

"Since Washington establishment critics haven't had much luck in attacking Mr. Cain's ideas to fix a bad economy and create jobs, they are trying to attack him in any way they can," the statement continues.

The report and the Cain campaign's allegation of a Washington conspiracy against him comes on the eve of a week that the surging GOP contender planned to spend in the nation's capital. His schedule suggests he is hoping to win over some of the city's establishment. On Monday morning, he is scheduled to speak at the American Enterprise Institute, followed by a midday speech at the National Press Club. On Wednesday, Cain is planning to meet with Republican lawmakers on Capitol Hill.

Cain himself did not directly confront the allegations when confronted Sunday by Politico reporter Jonathan Martin outside the CBS Washington bureau, where Cain had just appeared on Face the Nation.

"I'm not gonna comment about two people that you won't tell me who they are. That's like negotiating -- ," Cain said, abruptly stopping himself mid-sentence. "I am not gonna comment on that, because you know, I think that that is one of those kinds of things that, until you look --," he said, again stopping himself mid-sentence. After being asked several times by Martin if he has ever been accused of sexual harassment Cain ended the exchange with a question of his own: "Have you ever been accused of sexual harassment?"

Most former board member of the National Restaurant Association told Politico they remembered his tenure there fondly, and claim he left on good terms.