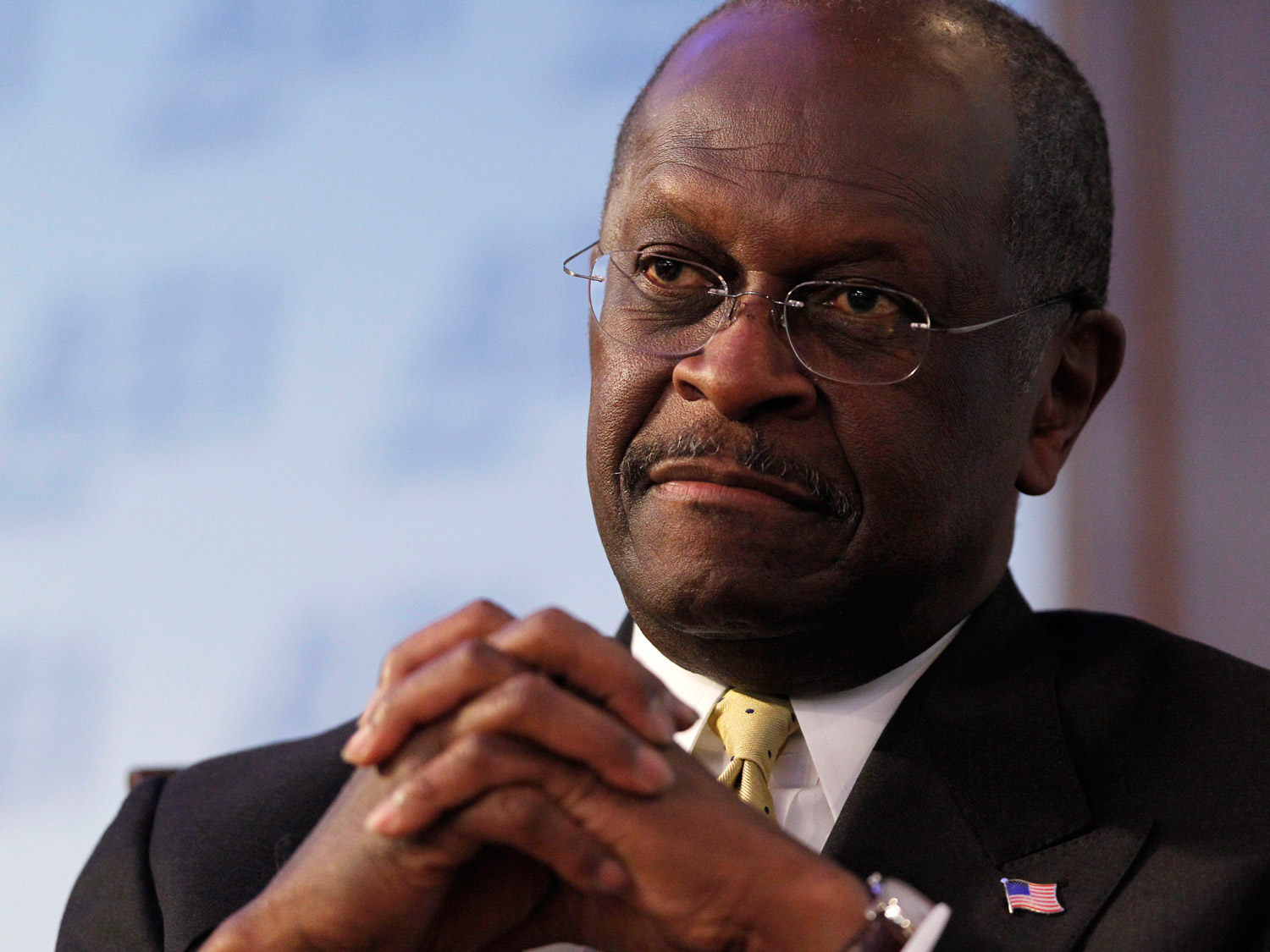 Responding to allegations he had inappropriate interactions with two female employees who were later paid not to discuss their charges in public, Republican presidential candidate Herman Cain said Monday he was unaware if the women had received a paid settlement following their allegations.

"If the Restaurant Association did a settlement, I am not - I wasn't even aware of it and I hope it wasn't for much, because nothing happened," Cain said on Fox News.

Yet according to a report in the Washington Examiner, Cain has taped a separate interview with Fox News in which he discusses the settlement specifically.

The Examiner reports that in the interview, set to air in the 10:00 p.m. hour tonight, Cain discusses how his "general counsel said this started out where she and her lawyer were demanding a huge financial settlement...I don't remember a number...But then he said because there was no basis for this, we ended up settling for what would have been a termination settlement."

The story also quotes Cain saying the settlement was "[m]aybe three months' salary. I don't remember. It might have been two months. I do remember my general counsel saying we didn't pay all of the money they demanded."

Though the reference to a termination settlement provides some wiggle room, Cain's comment would appear to contradict his claim that he "wasn't even aware" of any financial settlement that was given to his accusers.

In the wake of the allegations surfacing Sunday night, a number of people have expressed skepticism about Cain's claim to having been kept in the dark. One attorney who specializes in sexual harassment cases told TPM that "[i]t defies credibility that as CEO and member of the board he would be unaware that a settlement was reached and what was paid."

Cain's campaign did not immediately respond to a request for comment. The candidate said earlier in the day that he had recused himself from dealing with the allegations when they were brought to his attention, turning it over to his general council and an executive.

Fox News released two snippets from the interview to CBS News, including one in which Cain says there was an investigation, that the charges were found to be baseless, and that "there was no big settlement or it would have had to come to me."

Can Herman Cain's campaign survive?
Cain: Investigation into past misconduct is a "witch hunt"