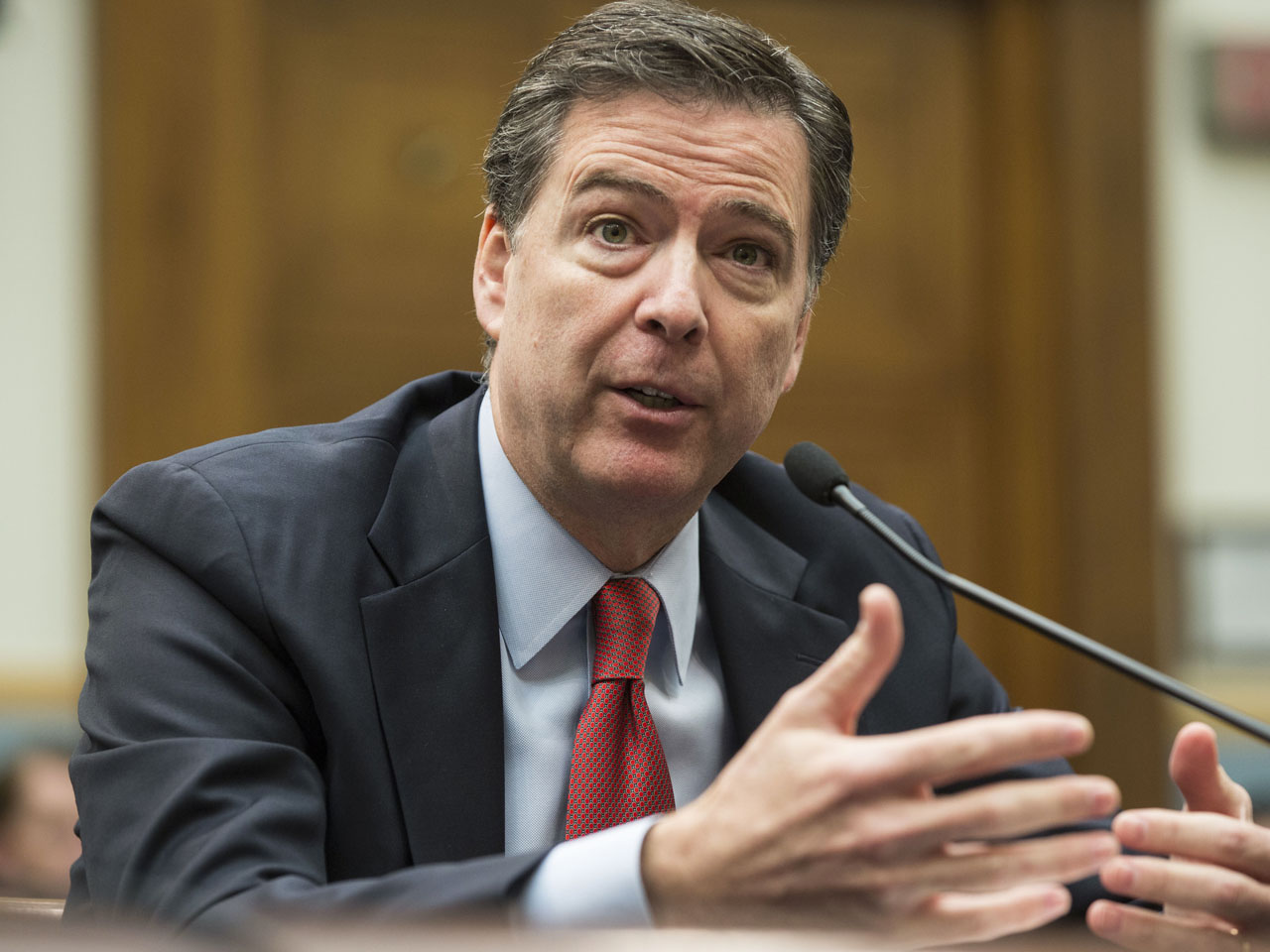 "I think he got rid of him because of the Russian investigation," one FBI agent told CBS News. "They are trying to circle the wagons," said the agent, adding Mr. Trump "wants his own man on there."

Comey's firing comes as the FBI is investigating any ties between Russia and Mr. Trump's associates. Mr. Comey was scheduled to testify before Congress Thursday on any Russian meddling in the election. But Deputy Attorney General Rod Rosenstein in a letter justifying the reason for the firing to Attorney General Jeff Sessions, cited Comey's handling of the Hillary Clinton email investigation as grounds for his firing. Most recently, Comey gave inaccurate information about the number of Clinton emails that her aide, Huma Abedin, forwarded to her husband, former congressman Anthony Weiner.

But that explanation doesn't pass the smell test, and the Russia investigation "is going nowhere now" with Comey out, a recently retired senior FBI official and close friend of Comey told CBS News.

"I do not buy the Rosenstein letter," the former senior official told CBS News. "Trump said get rid of him. What Comey did on HRC (Hillary Rodham Clinton) was unprecedented but doesn't rise to 'cause' for firing."

A current special agent at the FBI told CBS News the firing is "bulls--."

"I am not happy. I think this is bulls--," the current special agent told CBS News. "We are living in partisan times. Both sides criticized the director; that's why he should still be in the job. The vast majority of the bureau is in favor of director Comey."

"He is one of the first leaders to really care about our people and the institution," the special agent continued. "He talks about ideals and he believes in those ideals; he is the real deal. This is a total shock. This is not supposed to happen."

Another current FBI employee said Comey's firing was, "like we lost a member of our family."

The comments FBI officials made to CBS did not align with those made by Deputy White House Press Secretary Sarah Huckabee Sanders. Sanders, speaking exclusively to CBS News Tuesday night, said Comey lost the confidence of rank-and-file FBI employees.

The road ahead at the FBI isn't a bright one, a former senior official who is close to Comey told CBS News, predicting a "mass exodus out of the bureau."

"Anyone under 50 is working on their resume tonight," the former senior official said.

"The FBI is supposed to be independent which is why the term spans administrations," the former senior official added. "Trump will pick someone loyal to him but it will be one hell of a confirmation battle."

Deputy FBI Director Andrew McCabe has been sworn in as acting director of the FBI.