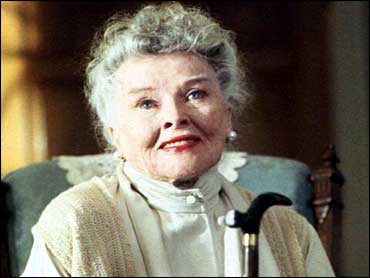 Four acres of beachfront property near Katharine Hepburn's home will become protected land for public use, according to the late actress' will.

Hepburn, who died at 96 last month at her waterfront home in the Fenwick section of Old Saybrook, left 4.17 acres of land to the east of her driveway for "exclusively public purposes."

Hepburn's will was filed Friday with the town's probate court.

The document, written in 1992, asks that no memorial service or funeral be held for her. Instead, the intensely private actress asked that she be cremated and her ashes interred in the family plot in Hartford.

Hepburn's Oscars and other awards, scripts, photographs, letters and costumes will go to a charitable organization of the executors' choice. The executors will also decide which of her letters, manuscripts and other papers should be published.

Most of the actress' estate will go to her family. She left her Connecticut home and New York town house to her brother, Robert Hepburn; her sister, Margaret Perry; and to the families of her late brother, Richard, and late sister, Marion.

The will doesn't say how much Hepburn's estate is worth.

The Fenwick house, which has 13 acres on the Long Island Sound, should be put on the market soon, said Erik Hanson, the co-executor of the estate. Hanson was Hepburn's accountant, financial consultant and friend.

Four years ago, the home's value was set at $2 million, but real estate agents estimate it would sell for much more now.

The land left for public use is bordered by a crescent-shaped beach that's rocky toward the water and sandy farther in. The rest of the land is filled with shrubs, cattails, beach roses and grasses.

The will stipulates the land should go to a federal state or local body or conservation organization for "the benefit of the general public," but Hanson said Hepburn intended for the land to be protected and preserved but not used by the public.

The Lynde Point Land Trust, which works to keep open space in Fenwick in its natural state, hopes to be the recipient of the property.

Hepburn also left $10,000 to a tiny church in eastern Maryland where her grandfather, Sewell Hepburn, was a minister.

Christ Church, I.U., has only 30 parishioners. The 1860s Greek Revival church is listed on the National Register of Historic Places.

Eleanor Noble, a cousin of Hepburn's, told The Hartford Courant it wasn't unexpected for the actress to leave money to the church, even though she hadn't visited in more than 20 years.

"I would have been surprised if she didn't," Noble said. "Family was important to her."