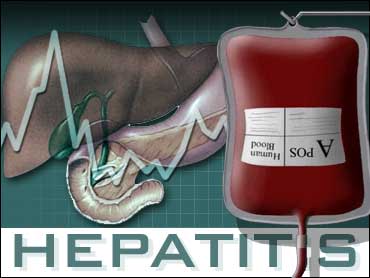 That may mean that people with hepatitis C should be screened for non-Hodgkin's lymphoma, note the researchers, who included Eric Engels, MD, MPH, of the National Cancer Institute.

"Although the risk of developing lymphomas is small, our research suggests that screening of HCV-infected individuals could identify conditions which may lead to cancer. It might then be possible to prevent progression to lymphoma," says Engels in a National Cancer Institute news release.

Engels' colleagues included Thomas Giordano, M.D., MPH, who works in Houston at the Baylor College of Medicine and the Houston Center for Quality of Care and Utilization Studies at the Michael E. DeBakey Veterans Affairs Medical Center. They studied the 1997-2004 medical records of more than 718,000 U.S. military veterans, including more than 146,000 hepatitis C patients. The veterans — most of whom were white men — were 52 years old, on average.

The study shows that veterans with hepatitis C were 20 percent to 30 percent more likely to be diagnosed with non-Hodgkin's lymphoma than those without hepatitis C. Hepatitis C infection was also linked to a nearly threefold increase in a related cancer of white blood cells called Waldenstrom's macroglobulinemia.

U.S. Leads the World in Illegal Drug Use

The researchers aren't sure how hepatitis C makes non-Hodgkin's lymphoma more likely, or if the findings apply to other groups of people.

Hepatitis C infection is more common among military veterans than among the general public. About 5 percent of veterans have hepatitis C, compared with less than 2 percent of U.S. civilians, according to background information cited in the study.

The researchers call for further studies to probe the possible link between hepatitis C infection and non-Hodgkin's lymphoma.