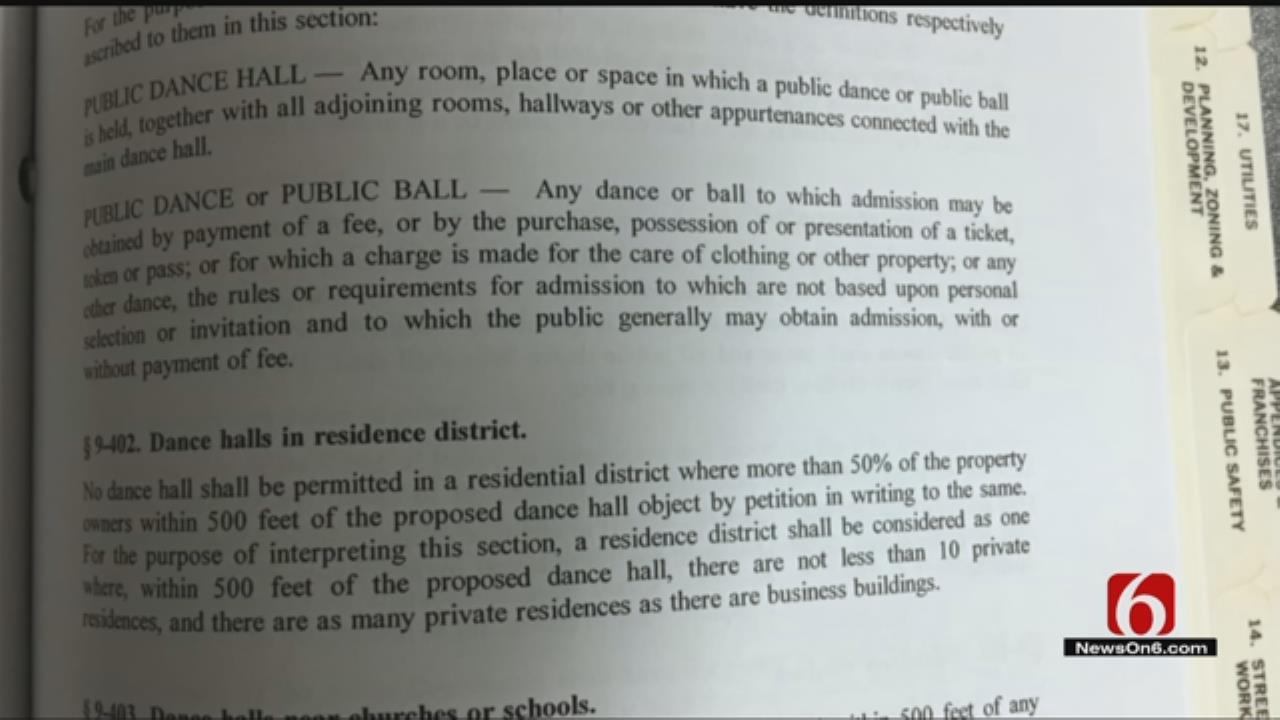 HENRYETTA, Okla. -- Kick off the Sunday shoes: Dancing in public is now legal throughout Henryetta, Oklahoma.

The Tulsa World reports that Henryetta city leaders voted Thursday to abolish an ordinance that prohibited dance halls within 500 feet of a church or public school. Violators could be fined $25.

The long-ignored ordinance surfaced this month when Henryetta resident Joni Insabella scheduled a Valentine dance above her store, which is within 500 feet of a church. The city’s Chamber of Commerce called her a rule breaker on Facebook and accused her of getting special treatment because her husband is the city attorney.

“They were kind enough to share our invitation on the Henryetta chamber of commerce page and that’s when it kind of turned ugly for us,” Insabella told CBS affiliate KOTV earlier this month.

The event caused so much debate that Insabella said she decided it was better to cancel the dance but she wants the community to know that “we are law abiding we are not law breakers. We just wanna dance, that’s it,” Insabella said, KOTV reports.

Mayor Jennifer Clason decided to look over the ordinance, which now really is history.

Clason said she had never heard of it before and noted that dances had long been held at the city’s churches and schools without repercussions.