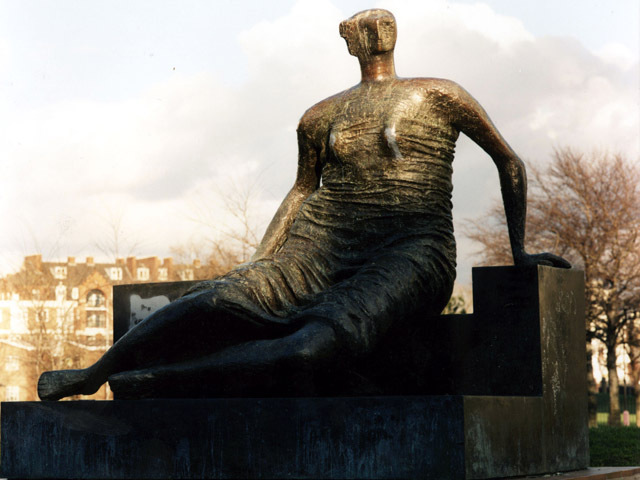 LONDON The mayor of London is urging a cash-strapped local government not to sell an iconic Henry Moore sculpture.

Boris Johnson said Thursday it would be "a tragedy" if "Draped Seated Woman" was not on public display.

Authorities in Tower Hamlets -- one of London's 32 boroughs -- are selling the artwork to help make up for funding cuts.

It stood for years on a public housing complex but was moved in 1997 to a sculpture park.

Arts figures including Moore's daughter Mary and director Danny Boyle have led a campaign to keep the sculpture in public hands, and the Museum of London has offered to house it.