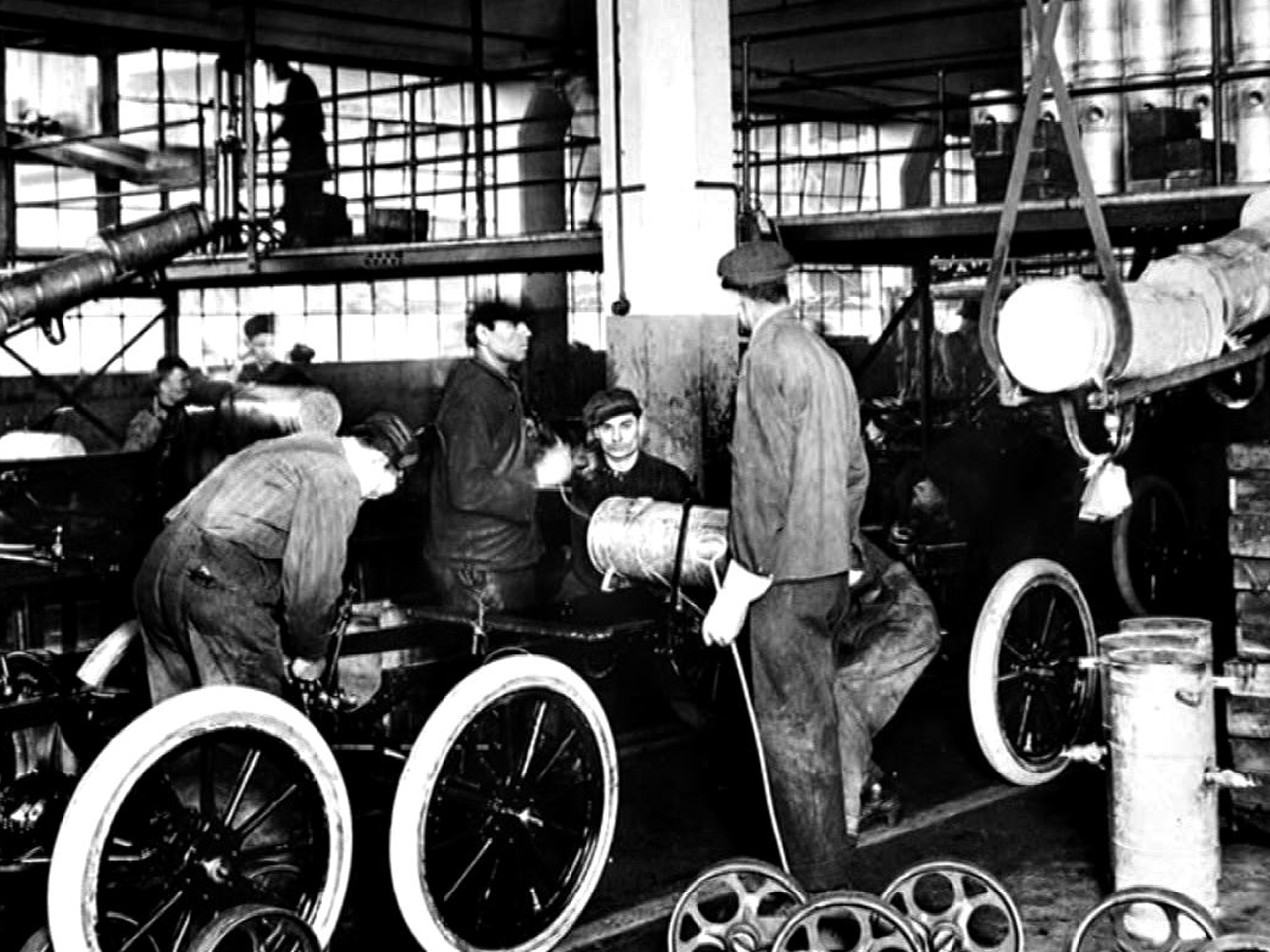 Recently, CBS News' Dean Reynolds traveled to Ford's original plant in Detroit to learn more about the assembly line, which is - 100 years later - still rolling along.

The assembly line has always been an impressive mix of man and machine, but what it looks like now is a far cry from a century ago, when Henry Ford first embraced the idea - one that wound up turning America into an industrial powerhouse with a thriving middle class.

Bill Ford, executive chairman of Ford Motor Company and the great-grandson of Henry Ford, said, "He had visited the meatpacking business in Illinois, and he saw there that the people were stationary and the product was moved to them, and he thought, Why can't I apply that same principle to the car industry? So that's really where he got the innovation for it."

Until Ford's stroke of genius, his automobiles were basically custom-made trophies for the wealthy. That changed.

Ford said, "The assembly line did two things. One is it gave mobility to the average American, and the other is the employment in the plants helped create the middle class."

Allison Stephens, a technical specialist at Ford's ergonomic lab, showed CBS News how - with 3D animation - she and her team can approximate an assembly line in the quiet of their office, testing parts and designs without the need to build an actual model.

She said, "To build a quality car, you have to be able to have your operator be able to do it efficiently and to do it injury-free."

With the 3D computer design, a viewer can see, as Stephens said, "every fastener, every hole, every bend in the metal."

The virtual trial and error can tell Ford whether bolts turn, tires fit or antennas are within reach to maximize efficiency up and down the actual line. Bill Ford likes that kind of thinking. He said, "The assembly line's changed a lot in a hundred years, but it's still an assembly line. And that, to me, is really remarkable."