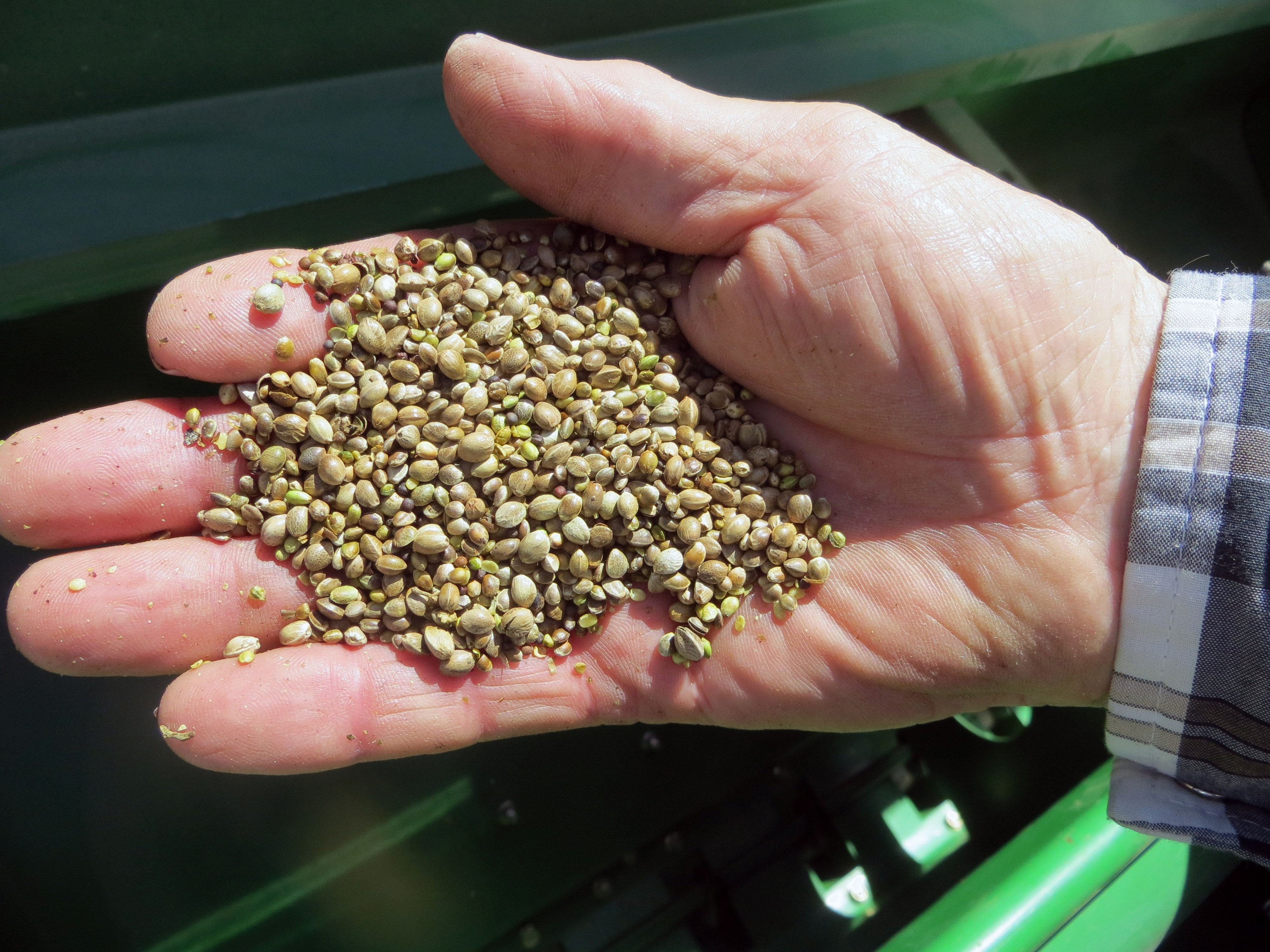 DENVER -- Hundreds of pounds of industrial hemp seeds bound from Canada to Colorado have been seized by federal authorities in North Dakota, marking the latest bump along the road to legalization of marijuana's non-intoxicating cousin.

At the center of the dispute is hemp activist Tom McClain. Armed with a copy of last year's federal Farm Bill, which allowed states to permit hemp cultivation for research and development, he set off for MacGregor, Manitoba, and bought 350 pounds of seeds used to grow a strain known as X-59 or Hemp Nut.

Hemp is legal in Canada, and North Dakota is one of 15 states with laws that allow limited hemp production. However, under the Farm Bill, importing hemp seeds requires permission from the U.S. Drug Enforcement Administration.

McClain's seeds were confiscated Saturday at the border crossing in Hansboro, North Dakota, after he says he declared the seven bags in his trunk. McClain, however, has not been charged with a crime.

"They treated me very professionally," McClain said after he returned to Colorado - without the seeds. "They were just a little confused as to what to do. According to them, I couldn't bring them in."

Shawn Neudauer, a spokesman for U.S. Immigration and Customs Enforcement, confirmed the seizure.

"The shipment is currently undergoing scientific evaluation, as hemp seeds can look much like marijuana seeds," Neudauer said in a statement.

The seizure underscored the difficulties facing the fledgling U.S. hemp industry after five decades of prohibition.

Hemp is prized for oils, seeds and fiber, but its production had been prohibited because the plant can be manipulated to enhance the psychoactive chemical THC - the intoxicant found in marijuana.

In another recent case, U.S. customs officials in Louisville, Kentucky, held a shipment of hemp seeds from Italy that was bound for research grows.

Kentucky agriculture authorities sued the Justice Department, the Drug Enforcement Administration, U.S. Customs and Border Protection and Attorney General Eric Holder to force the return of the seeds. The DEA eventually relented and issued a permit to allow limited hemp planting for research in the state.

The hemp projects in Kentucky are part of a larger effort to boost farming in the Appalachia region of Eastern Kentucky, which was decimated throughout the 20th century as people turned to coal mining and other factory jobs in the area.

McClain and Jason Lauve of the Colorado-based activist group Hemp Cleans have appealed to congressional representatives in the state to resolve the seed flap in North Dakota.

A spokeswoman for Colorado's Agriculture Department, Christi Lightcap, said the agency hasn't been approached to intervene.

Colorado has accepted more than 40 hemp-cultivation applications. But the state has a "don't-ask-don't-tell" policy about the origin of the seeds used in the work.

Growers, meanwhile, have expressed frustration over the limited availability of seeds that are affordable and haven't been smuggled into the country.

The seeds confiscated in North Dakota were destined for experimental plots. Lauve said owners have only about two weeks to get the seeds planted so they can harvest the hemp before snow falls.

"We need to get that here as soon as possible," he said.