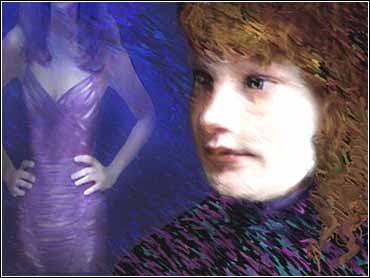 Women's beauty and fashion magazines are often blamed for making teen-age girls want to look like stick figures, reports Mike Riera, The Saturday Early Show's family and adolescence counselor. A new study by researchers at Brigham Young University (published in the American Journal of Health Education) shows that women's health and fitness magazines may not be much healthier reading.

What did the study show?

Frequent readers of health and fitness magazines are much more likely to take laxatives and vomit - in short, the behaviors that go along with bulimia.

How can you help kids address the problems raised by these magazines and other media?

Help them take the images apart and to recognize reality: that these women are much thinner than anyone else is. In real life, some of the celebrities and models don't even look the way they do in the pictures, thanks to air brushing.

Ask about the fantasies of the perfect life that these images suggest: That if you are stick-thin, you'll have lots of friends, always be happy, and have plenty of money.

Are magazines really responsible, or do the women have the problem already?

No, the magazines don't cause the problem. They just reinforce all that these readers see around them, from TV to billboards to CDs. And most readers probably turn to these magazines for ideas about how to be healthy. But there is a slim line between a focus on health (which is good) and an obsession (which is bad).

When girls become obsessed about what they eat, what does that really mean?

An eating disorder is a thought disorder first. It's not about food as much as the way they see themselves in the world. Controlling what they eat makes their world smaller; they only worry about their weight and, thus, the world is more manageable.

In this sense, strange as it may sound, eating disorders are somewhat similar to kids who cut themselves. They relieve emotional pain by turning it into physical pain by cutting themselves. People with eating disorders do this through not eating and/or purging. In both, the physical discomfort replaces or temporarily alleviates the emotional pain.

Other forms of escape might include drinking and drugs. Also, girls say: "If I lose five pounds, I'll be happier, and everyone will like me." It sets up a terrible equation: "The more I lose, the happier I will be."

What about boys? How does this mnifest itself in boys?

Body building and steroids. For boys, the equation becomes: "If I become more muscular, everyone will like me."

Is there anything a parent can do, at a young age, to prevent this type of problem when their kids become teen-agers?

What parents can do is, from a young age, say, "It's your body. Listen to it," just like we tell them that no one should touch their bodies unless they say it's OK. "Your body will tell you what you need: when you need to eat, sleep, and when you are full."

If you are a parent of one of these kids who reads these magazines and eats laxatives, what should you do?

We need to have talks with kids about food, just like we talk to them about alcohol. Say to your kids: "There is enormous pressure to be thin -- dieting and eating less and exercising more. If you ever get to the point where it begins to be a focus, talk to me and I'll help you." It's important that we take the initiative, even if your child isn't reading these magazines.

Is Sun Good Or Bad For You?