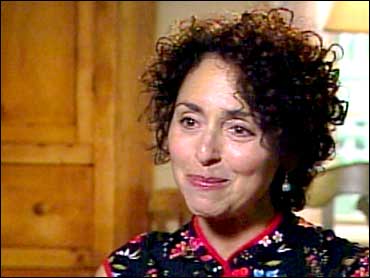 Many of us read or hear about those less fortunate than ourselves and wish there was something we could do to help. Usually, we simply move on.

For its American Hero series, The Early Show met a woman who wanted to do more and did.

But to tell her story, we have to begin somewhere else, in a place where hunger and hardship go hand-in-hand, where homes without electricity and running water are pretty common. The place is not a third-world country; it is Pembroke, Ill., an hour south of Chicago.

Mayor Jon Dyson notes, "A lot of people in Chicago don't even know this community exists."

He not only is Pembroke's mayor, but also its pastor. He ministers to some of the poorest people in the U.S. Unemployment there is more than five times the rate for the state. For decades, there's been talk of bringing in business, but those promises come and go.

You won't find a bank, pharmacy or gas station in Pembroke. You also won't find much food.

"Hunger is alive in America," Dyson says, "If you're coming here with a faint heart and a weak stomach, you're not going to be able to last."

As for the food pantry, it is empty by the third week of the month. There's never enough to eat. But that's beginning to change, thanks to Pam Koner.

Koner lives in Hastings-On-Hudson, N.Y. She says, "I've never been to Pembroke, no, not yet." And until last year, she didn't know a soul in Pembroke. But she did know she wanted to help.

Koner says, "It was Sept. 29, 2002. I'll never forget it. I was reading the Sunday paper and the front-page story was about Pembroke, Ill. People were starving on a regular basis. I proclaimed to my family, 'I've just read something that has moved me to tears and we have to do something.'"

So this mother of two turned to her own community for support.

Koner explains, "I have a child-care program and about 150 families that I'm connected with, so I came up with an idea: Why don't each of us commit to sponsoring a family in Pembroke, one-to-one and sending one box of food each month to meet that need?"

Friend Natalie Barry says, "It was a great thing that she was able to motivate all of us to do this. I give her all the credit in the world."

Families are asked to spend $25 a month on their Pembroke families. Most usually spend a little more.

Pointing at an address on the box, Koner notes, "It is the simplest thing in the world. You buy a box of food, and it's in Pembroke in two days, and the next hand that's going to touch that mac and cheese is going to be this family."

Fernanda Rhodes and her children look forward to their delivery every month. She says, "It help a lot. It help a whole lot." Devon Rhodes adds, "It's a blessing to have people think about you everyday."

Minister Ron Walker, who distributes the boxes when they arrive in Pembroke, notes, "It goes beyond just a box of food. It's about knowing that the world still has people in it that love and that care and that take time out to help others that they don't know."

More than 60 families from each town are linked through Family-to-Family.

Vanessa Kizart's includes six children. She doesn't have a job, but hopes to find one soon.

She says, "Our food stamps, they last; but towards the end of the month, they start to stretch out and when the box comes, it's a help to me and the children."

The only requirement for the Pembroke families is that they keep in touch with their long-distance neighbors.

Clementine wrote on behalf of her 19 grandchildren. Her letter reads, "I want to thank you so very much for being so kind to my family. We are well, looking up to seeing you one day. We praying for you and we hope you praying for us."

Koner looks forward to the day she will meet Clementine and many of the others her program has helped.

Koner says, "I think it will be overwhelming for me, walking in and actually seeing the reality of what we're all doing in this community."

Minister Walker says, "She could have just read the article like millions of other people and said, 'I feel sorry for them.' But she decided to do something about it and I thank her for it."

Kizart adds, "We thank God for her, that someone would reach out a hand to needy families, that's wonderful."

Koner says, "I feel so grateful that I'm able to do this. At the end of the day, dinner is served. I don't know what difference that will make. But it's enough so that some of the anxiety about filling stomachs that month isn't there and you know, I guess that's large."

The success of Family-To-Family is in part responsible for Team Illinois - a state initiative that will bring some needed infrastructure, including roads, shelters and emergency assistance, to Pembroke.