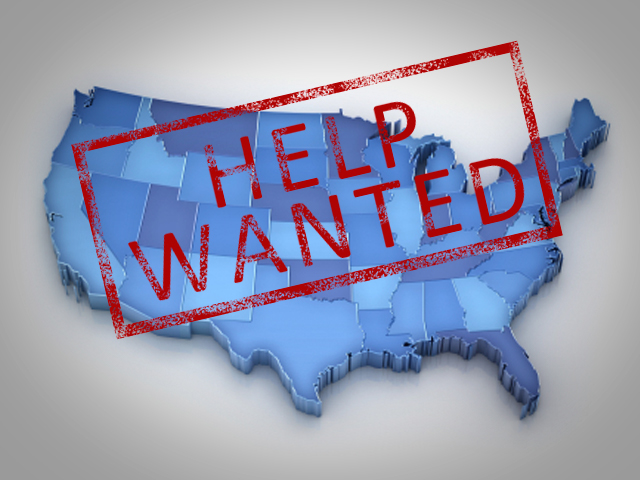 It's beginning to look a lot like Christmas for job seekers.

The giant outplacement firm Challenger Gray & Christmas" predicts payrolls will expand by about 620,000 over the next three months, mainly because of holiday hiring.

And, reports CBS News Correspondent Bigad Shaban, this s is the time to get those jobs.

For instance, at the popular Christmas Palace in Miami, the season of giving has begun -- not with gifts, but with jobs.

Odalis Capote was just hired last month to stock ribbon. The single mom of two has been searching for a full-time position for over a year.

"It's frustrating," she says, "knowing you need to pay the bills and you can't, because there's no income coming in."

Now, Capote and thousands of other Americans will find temporary relief as major retailers stock up on staff for the holiday rush.

JCPenney is accepting applications for 37,000 temporary positions nationwide. That's an increase of more than 23 percent over last year's seasonal hires.

Macy's plans to take on an additional 78,000 temp workers, a 4 percent boost from last year.

But with national unemployment at 9.1 percent, some experts wonder how big a dent the seasonal jobs will make, and how long before the hiring boom goes bust.

"There's a positive side to it because people are working," observes Rick Beasley, executive director of South Florida Workforce. "The negative side to it is you'll see the unemployment numbers spike up after seasonal employment has ended."

But temporary jobs can become permanent.

Target brought on 92,000 seasonal workers last year, and kept 38,000 of them as full-time employees.

And Target plans to exceed that this year, despite a troubling job market.

Josephine Diaz is one of the lucky ones. After struggling for more than a year to find work, she landed a seasonal job as a cashier at the Christmas Palace and, months later, was brought on permanently.

When she finally got the job, Diaz says, "It was like, 'Hello!' It was 'Happy Days.' It changed everything."

Capote is hoping for that same Christmas miracle.

"The last thing you lose is the hope," she says, "so I'm thinking I'm going to find something soon."

This year, she says, a job will be the one gift on her wish list she just can't do without.