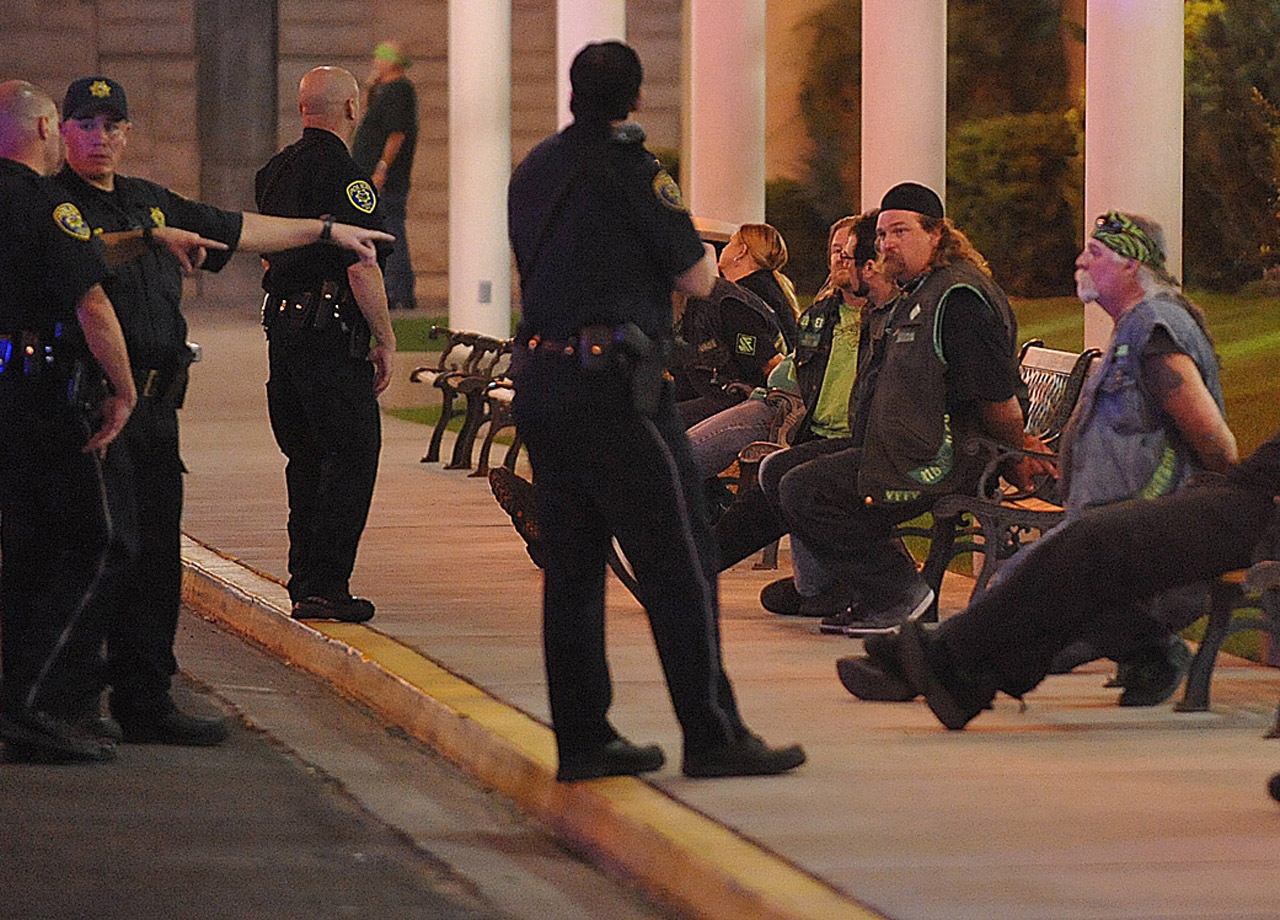 (CBS/AP) SPARKS, Nev. - The city canceled its part in an annual multi-city motorcycle festival on Saturday and neighboring Reno increased police patrol amid fears of retaliation over the shooting death of a prominent Hells Angels boss by a rival gang.

The gunfight apparently sparked a retaliatory drive-by shooting several hours after the casino gunfire, prompting Mayor Geno Martini to declare a formal state of emergency. A motorcyclist was injured after he was shot Saturday morning.

"We don't want to alarm our residents," he said. "The declaration merely provides some tools and tactics our city can and should use if it comes to that."

Martini said he also pulled the plug on the live entertainment and other festivities in Sparks related to Street Vibrations, an annual weekend-long event that has drawn tens of thousands of motorcycle enthusiasts to the area for 18 years. Festival organizers had said they expected up to 30,000 visitors to this year's event, which began Thursday and was to run through Sunday in Reno, Sparks and Virginia City.

The man who was shot in the stomach during the drive-by shooting had been riding a motorcycle down the street from the public square where the festival was anchored. He was not being identified for his protection, police said. That man was in stable condition, as were the two wounded Vagos members -- Leonard Ramirez, 45, who was shot in the abdomen, and Diego Garcia, 28, who was shot in the leg.

Deputy Police Chief Brian Allen said investigators could not independently link the casino to the attack on the cyclist, which was carried out by a gunman in a black sedan with tinted windows.