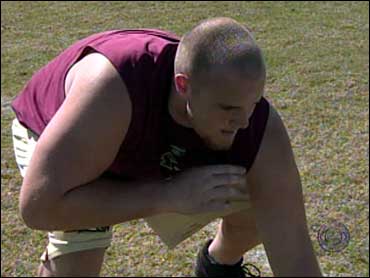 For those who thought a phone call began with "Hello," here's a wireless wake-up call: Cell phone users aren't just charged for yakking, but also for ringing.

Most of the nation's big wireless calling companies begin billing their customers from the moment they press the "send" button on a mobile phone to the moment they hit "end."

That means the cents are piling up even before the call connects.

While "send-to-end" billing policies are spelled out in the contracts signed by the nation's 76 million cell phone users, even some experts and careful shoppers never imagined that the traditional rules about telephones might not ring true in the wireless world.

"I had no idea, and I would consider myself as astute on my telephone charges as anybody," said Rex Mitchell, a telecommunications industry analyst and a former executive with the regional phone company U S West.

"Occasionally, when I'm out of town, I will make a call and look at the second hand on my watch to keep it under a minute because I'm paying long-distance or roaming charges," said Mitchell. "But I've been timing it from 'hello' instead of from 'send.' I won't make that mistake now."

Since most charge for a full minute even when less than a minute is used, the costs of the policy can be steep, especially if a person pays extra for peak-hour usage, long-distance or calls made far from home.

The issue of first-minute billing drew attention recently after Cellular One tried to reduce the free "ringing time" it gives its New England customers to 15 seconds from 30. Bombarded by complaints, the carrier quickly scrapped the change.

Still, many of the million or more people signing up for wireless service each month focus less on when the call begins and more on how many minutes are included in their monthly calling plan or the fees for long-distance and peak-hour calls.

The industry's rationale for treating mobile phones differently from regular phones is that every wireless call uses the airwaves regardless of whether the call is successful.

And while regular calls also take up space on a fiber-optic cable, the companies argue that they have far less capacity and higher demand on their wireless channels.

"You're occupying a channel. So when you make a connection, you get charged from the inception of when you seize that channel," explained Jeff Battcher, a BellSouth spokesman. "For the most part, it's always been that way."

The ultimate costs of the "send-to-end" policy depend on the plan. Many calling plans come with hundreds of minutes to burn each month so a lot of mobile phone users rarely reach their limit.

Adam Litwinski26, for example, pays $100 a month for a Sprint PCS plan with 1,000 minutes of air time so he won't have to worry about how long he talks or how many calls he makes.

"I never go over," said Litwinski, a film maker from New York.

But for those who frequently exceed their monthly allowance or sign up for cheaper plans with smaller time allotments, first-minute charges can be substantial. The average user racks up 100 minutes a month.

Sheila Adkins, spokeswoman for the Council of Better Business Bureaus and a Cellular One customer, was also surprised to hear about "send-to-end" charges.

"They don't tell you these things. I read my bill. I read all the fliers. It goes to show, you really have to read your contract," she said.