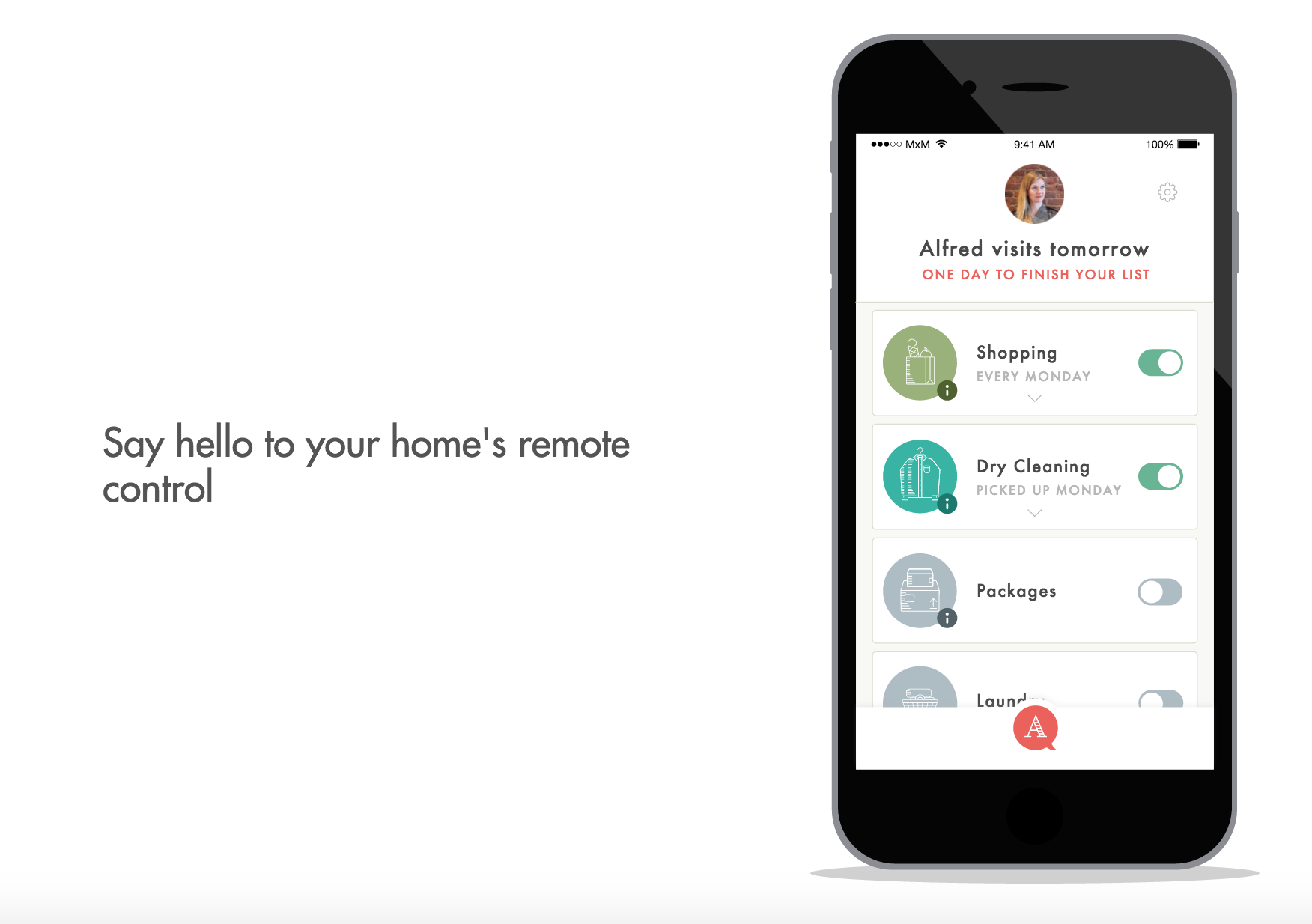 The on-demand economy is growing rapidly, and another smartphone app has joined the mix. Hello Alfred connects customers to people who run errands like grocery shopping or having their favorite suit cleaned and hanging in their closets.

She's not doing them for herself but for Annesta Le, a New York City artist.

"I was just in my studio working all of the time, like I was in here just so focused until 10 or 11 at night, and I wasn't taking care of myself," Le said.

So she called in Yahashi, a personal butler requested through Hello Alfred.

"I visit them once or twice a week and kind of take care of their weekly errands and to-do lists," Yahashi said.

"We're taking the cognitive load of thinking about your to-do list out of the equation," Sapone said.

She said it's not about being lazy but focusing customers' time.

"I want to be defined by 'I got to go and build an awesome company,' 'I got to go to the gym,' 'I got to talk to my mom today and to the degree that I have help in my life that lets me do those things.' I don't think that is lazy at all," Beck said.

So while Le got ready for work, Yahashi picked up Le's keys from the Hello Alfred offices, and while Yahashi bought Le's groceries, Le ordered breakfast.

Le focused on her art while Yahashi completed her to-do list.

The cost of services range from $15 to $42 per week depending on the number of visits. More than 4,000 households in New York and Boston currently use the app, and the company plans to expand to San Francisco, Los Angeles, Washington, D.C., and Chicago.

Beck said they go through a very rigorous interview and checking process for their Alfreds.

"We bring them into the office for about three hours because they're in your home and dealing with a lot of kind of private things," she said.

Only 3 percent of Alfreds who apply are accepted. Those who work full time receive benefits and a contract.

"A contract is a relationship. And we wanted to have the best possible relationship with the most important people in our business," Sapone said.

That differs from most on-demand companies, like Uber, who consider their workers independent contractors.

"The disadvantage of having them be W-2 employees is simple. It's cost. It's more expensive," NYU Stern School of Business professor Scott Galloway said.

It's expensive but a great marketing strategy, according to Galloway.

"Consumers claim they are very concerned about the well-being of the employees at a company," he said.

But Galloway is not sure if it's enough to keep Hello Alfred afloat in what he said is an oversaturated, on-demand economy.

"Consumers talk a bigger game about social responsibility than their purchases would indicate," he said. "Gut reaction: I think their chances of survival are better than most, which puts it at about 1-in-10."

Yahashi was a little more optimistic.

More than three million workers are already involved in the on-demand economy, and that number could more than double in the next five years.

The industry seems to be making our lives easier, but it also opens an interesting conversation about whether it's good for the economy.

Consumers benefit from these great opportunities, but some say it's harder for the middle class to find job security, especially if they're being treated as independent contractors.