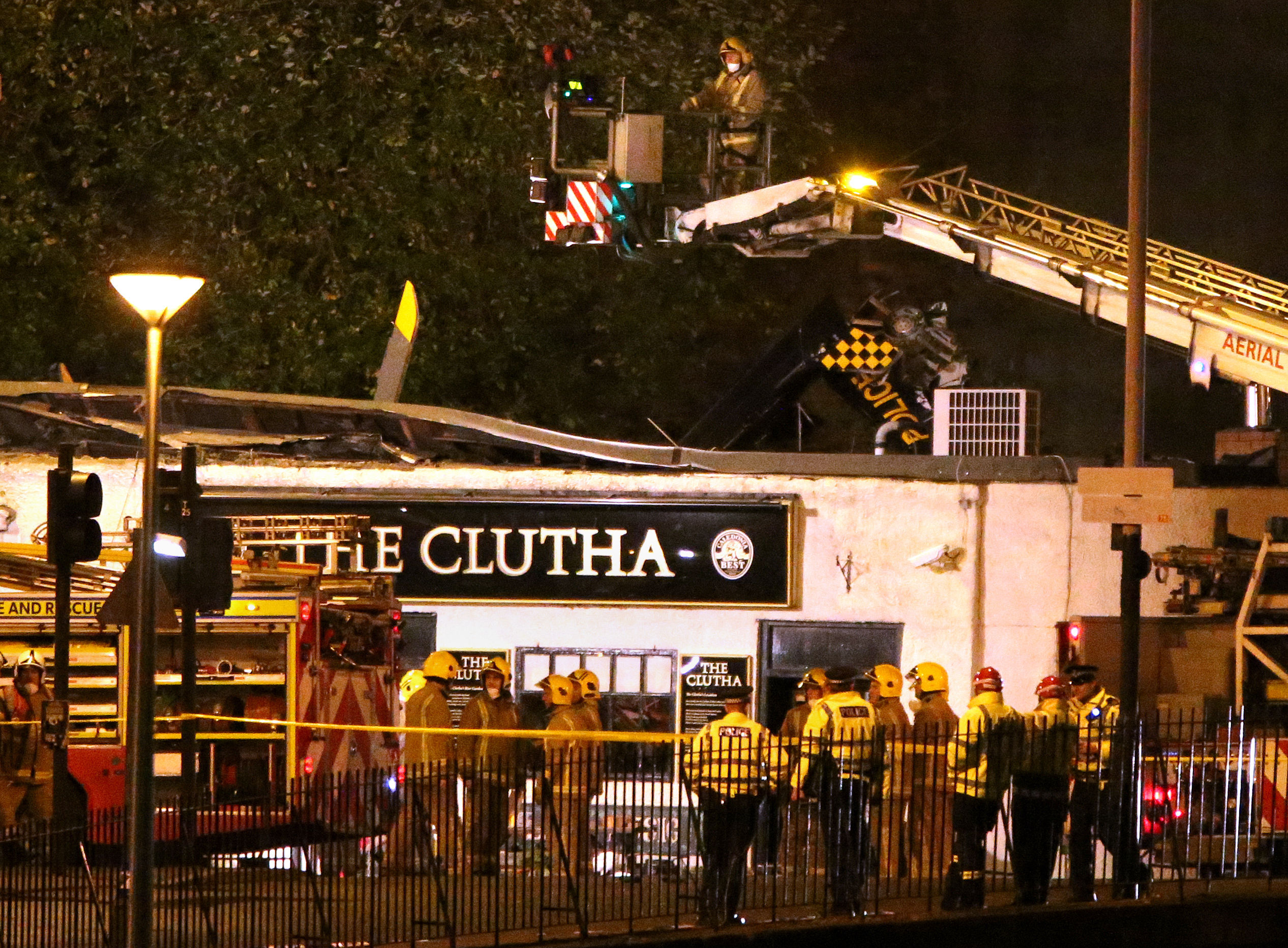 LONDON -- Numerous people were injured and others were trapped after a police helicopter crashed on the roof of a crowded Glasgow pub, officials said early Saturday.

Authorities stressed that the rescue operation continued at The Clutha pub in the city center. They said some people had been taken to hospitals but that it was too soon to go into detail on the number of casualties.

The crash Friday night at around 10:30 p.m. local time sent patrons and revelers catching a gig by ska band Esperanza fleeing through a cloud of dust. Witnesses spoke of screams and a scene of horror, of people streaming out of the building covered in blood, with gashes and other injuries.

Asst. Chief Officer Lewis Ramsay with the Scottish Fire and Rescue Service said rescuers had made contact with some people trapped inside the pub, but it was unclear how many people were awaiting rescue

He said teams - including 125 firefighters on the scene - were working to stabilize the building and "get people out."

Images on local television showed what appeared to be the helicopter's propeller sticking out of the pub's roof.

A crew of three - two police officers and a civilian pilot - were aboard the Eurocopter EC135 T2, according to Scottish police.

Deputy Chief Constable Rose Fitzpatrick said it was too early to offer details on why the helicopter came down.

The band that was playing when the helicopter hit the roof and began to come through the ceiling said it seemed that all of its members were OK.

"Not so sure about everyone else," Esperanza said on its official Facebook page.

Grace MacLean, who was inside at the time of the crash, said she heard a "whoosh" noise then saw smoke.

"The band were laughing and we were all joking that the band had made the roof come down," she told the BBC. "They carried on playing, and then it started to come down more, and someone started screaming, and then the whole pub just filled with dust. You couldn't see anything, you couldn't breathe."

People formed a human chain to help pass unconscious people out of the pub so that "inch by inch, we could get the people out," said Labour Party spokesman Jim Murphy, who was in the area when the helicopter came down.

"The helicopter was inside the pub. It's a mess. I could only get a yard or two inside. I helped carry people out," Murphy told Sky News. "I saw a pile of people clambering out of the pub in the dust. No smoke, no fire, just a huge amount of dust."

He called it "a horrible, horrible scene."

Gordon Smart, editor of the Scottish edition of the Sun newspaper, told Sky News that the helicopter "fell like a stone."

"There was no fireball and I did not hear an explosion," he said. "The engine seemed to be spluttering."

Prime Minister David Cameron tweeted: "My thoughts are with everyone affected by the helicopter crash in Glasgow - and the emergency services working tonight."