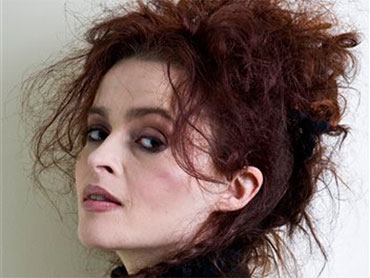 Once a corset queen in prim, proper costume dramas, Helena Bonham Carter has spent her time lately playing all manner of foul women.

Fanatic Bellatrix Lestrange, a disciple of evil Lord Voldemort in the "Harry Potter" movies. Vile Mrs. Lovett, who grinds murder victims up as meat for pies in "Sweeney Todd: The Demon Barber of Fleet Street." A crazy old witch with an eyepatch and hair as brittle as straw in "Big Fish."

Now Bonham Carter's playing the bratty Red Queen in "Alice in Wonderland," digital wizardry giving her a monstrously bulbous head atop a tiny body as she repeatedly shouts with glee, "Off with their heads!"