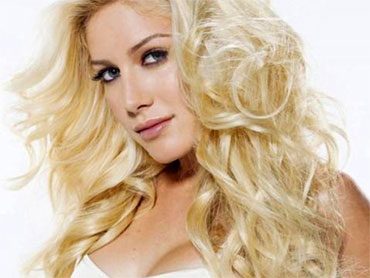 When Heidi Montag underwent 10 plastic surgery procedures in one day last November, she counted having her "back scooped" among them - even though she wasn't exactly sure of what the procedure was.

"I didn't know [what it is]. I think I might be the first one to try it out," she said on Ryan Seacrest's radio show.

"It kind of carves your back out a little more," she added.

Dr. Alan Matarasso, a New York plastic surgeon and spokesman for the American Society of Plastic Surgeons, told the Washington Post's Celebritology 2.0 blog that what Montag calls "back scooping" is probably referring to liposuction.

"It may be her interpretation of a procedure we call liposuction of the back or the bra strap area," he said. "It will often go from the hips up to the shoulders and is very popular now."

Matarasso, who said he was not familiar with Montag, explained that the procedure is performed with a vibrating "power suction" machine that breaks up the fat under the skin before sucking it out.

Montag also admitted that she's more careful with her body after going under the knife.

She also hinted on the radio show that she had video footage of procedures and may air parts of it as part of a future reality show.