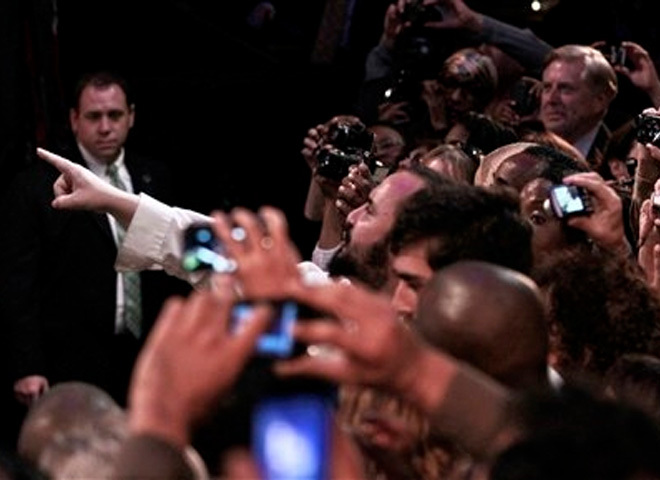 LOS ANGELES -- A heckler shouting about Jesus Christ interrupted President Obama at a fundraiser before security dragged him out.

It happened at the House of Blues in Los Angeles Monday night.

The man positioned himself up in front of the stage and started shouting loudly right after Mr. Obama started talking.

"I agree," Mr. Obama said, then stayed quiet as the crowd, after a moment, started chanting "Four more years! Four more years!" and drowned out the heckler.

But, as he was taken away by security, the man shouted, "You are the Antichrist."