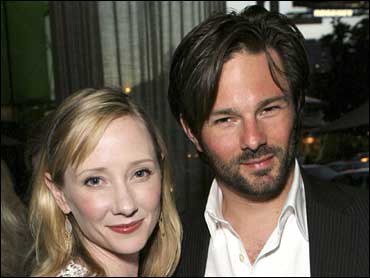 Anne Heche and her estranged husband, Coleman Laffoon, say they're happy with the outcome of a custody hearing over their 5-year-old son, Homer.

Heche, 38, star of the ABC drama "Men in Trees," and Laffoon, 32, had been in closed talks over custody issues.

The pair didn't discuss the orders handed down Wednesday by a Superior Court judge, but Heche said she had a "good day in court."

Laffoon's attorney, Jon S. Summers, said his client was "very satisfied with what happened in court."

The couple were married in 2001. Laffoon filed for divorce Feb. 2, citing irreconcilable differences. He is seeking joint custody and more than $30,000 a month in spousal support.