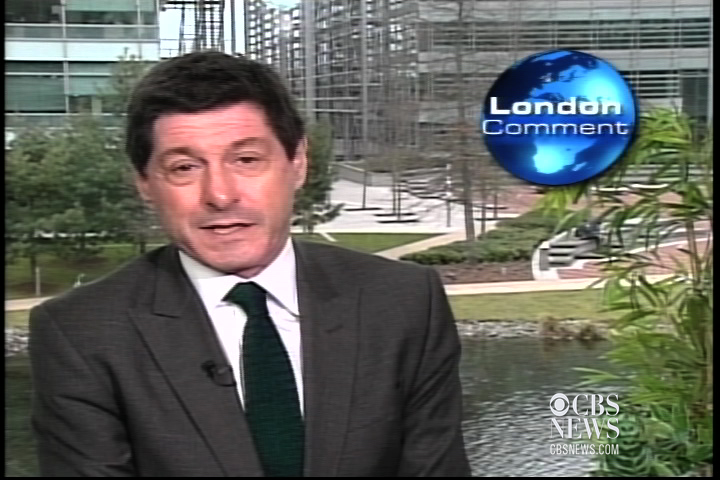 You're at the end of a long trans-Atlantic flight, and you are well into your descent into London's Heathrow Airport when the Captain announces that you are going to have to circle for 15 minutes before you can land. It is a boring fact of life when flying into Britain - and is even worse in bad weather. The problem is that Heathrow is operating at 98 per cent capacity, and as a global hub airport has outgrown itself.

For airlines such as British Airways the worry is that bigger airports like Frankfurt, where they have just opened a fourth runway - or Schiphol in Holland and Charles de Gaulle in Paris - will become the new hubs, depriving Britain of vital business. So an idea is gathering support here to build an entirely new airport in the estuary of the River Thames - on an island many, many miles from the centre of London. It would cost billions and take years to complete. It is an idea that is being championed by the Mayor of London, Boris Johnson - and has already been dubbed Boris Island.

Initially it was seen as a mixture of fantasy and folly. But now Prime Minister David Cameron has indicated the the British Government is taking the suggestion seriously. Of course there is an obvious and much faster solution to the problem: build an extra runway at Heathrow. It is what the airlines want, what the business organizations are backing and what the previous government had proposed.

Overcrowding means that each day, planes spend a cumulative total of 55 hours circling Heathrow waiting to land, burning fuel worth around 200 thousand dollars -- as each plane 'stacks' for up to 20 minutes. But building a third runway has become a total political no no, because around Heathrow there are a number of highly marginal parliamentary constituencies -- and opposition to a third runway is total. Forget the economic arguments, the congestion, the practicalities - and even the environmental concerns, real though they are - to support a third runway here would be electoral suicide.

So when you're next heading this way, get used to the delays - and don't hold your breath for the order to put your seat in the upright position and stow away your tray table, because you've been cleared for landing. This is Jon Sopel for CBS News in London.