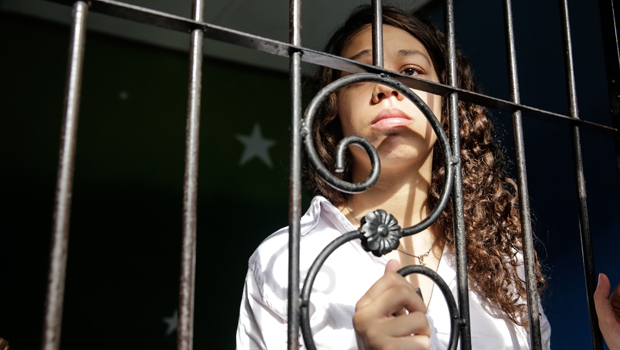 CHICAGO -- A Chicago woman serving a sentence in an Indonesian prison says she believes her slain mother lied and falsified court documents to get control over an inheritance.

Heather Mack, 20, and her 22-year-old boyfriend, Tommy Schaefer, were convicted in April for slaying Mack's mother, Sheila von Wiese-Mack. She was bludgeoned to death with a metal fruit bowl and her body stuffed into a suitcase at a Bali resort.

A battle over Mack's $1.56 million trust has been ongoing in Chicago. In a letter to a judge, Mack said she believes her mother was trying years earlier to get control over Mack's inheritance from her late father.

In a telephone interview, Mack told the Chicago Tribune that she didn't want to publicly criticize her mother, but has little other choice because her trust lawyers won't investigate her claims.

Mack's father died in 2006, and he had named her sole beneficiary in his will. His wife was the executor of his estate. Court records say she got $340,667 after legal fees for her share of a 2011 lawsuit settlement surrounding his death, and another $500,000 went to his estate.

A judge authorized Wiese-Mack in summer 2011 to pay herself the remaining $500,000 as "sole beneficiary" of the estate. The Cook County circuit clerk's office says a transcript of that court proceeding doesn't exist.

Mack claims her mother misled the court to get the money, and Mack wrote she worries "there are still assets out there somewhere" such as property or stocks that "are rightfully mine."

As trustee, Mack's uncle argues she should be barred from getting financial benefit under an Illinois statute that says a person who unjustifiably causes someone's death cannot receive property as a result. Mack argues that shouldn't apply because the money originated with her father.

About one-third of the trust has been spent on legal fees and investment losses. Mack said she and Schaefer will drop claim to the $1 million left so it will go to their baby daughter, who is next in line for the money. But that would be only after certain demands are meant, including Mack receiving a copy of her father's will and a full accounting of her parents' assets dating to his death.

The judge did not accept written communications from Mack in a recent court hearing, citing code-of-conduct rules forbidding judges from having outside communications with case parties.