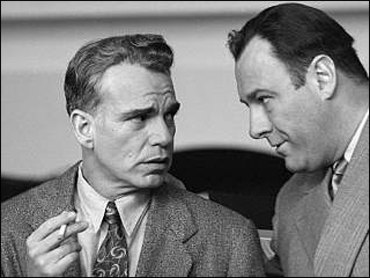 Attorneys general from 24 states, including Tennessee, are asking the film industry to reduce the amount of smoking in films to prevent teens from taking up the habit.

In a letter Tuesday, the attorneys cited a June study from Dartmouth Medical School that said children who watch movies in which actors smoke heavily are three times more likely to smoke themselves than those exposed to less smoking on-screen.

The letter to Motion Picture Association of America President Jack Valenti did not offer any specific steps.

"We're not saying any law has been broken," said Tom Dresslar, a spokesman for California Attorney General Bill Lockyer, one of the officials who signed the letter. "We're just asking out of a concern for the health of our kids that the industry do what it can to ensure that kids don't start smoking."

"Smoking is, if you'll recall, a legal activity," he said when asked what the MPAA was currently doing to reduce teen smoking. "That being said, he'll be reading carefully the letter and the study it references."

Brendan McCormick, a spokesman for Philip Morris USA, said the major tobacco companies agreed in the nationwide settlement signed in 1998 not to pay for product placement or to grant permission to films that want to feature their cigarettes. He declined to comment on the letter.

The Dartmouth study involved 2,603 children who were between 10 and 14 at the start of the study in 1999 and had never smoked when they were recruited. They were asked at the beginning of the study which movies they had seen from a list of 50 movies released between 1988 and 1999.

Investigators counted the number of times smoking was depicted and determined how many smoking incidents each of the adolescents had seen. Exposure was categorized into four groups, with the lowest level involving between zero and 531 occurrences of smoking and the highest involving between 1,665 and 5,308 incidents.

Twenty-two of those exposed to the least on-screen smoking took up the habit, compared with 107 in the highest exposure group, a fivefold difference. However, after taking into account factors known to be linked with starting smoking, such as rebelliousness, the effect was reduced to a threefold difference.