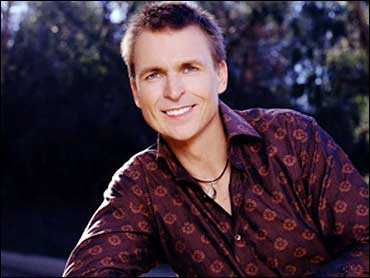 Eleven teams start a race from the famous Santa Monica pier in Los Angeles around the world for the million-dollar prize. It's not unlike the running of the bulls in Pamplona, Spain.

"They have this race where they're traveling 75,000 miles and they have to sprint right away," host Phil Keoghan tells The Early Show co-anchor Harry Smith. "Nobody's like, let's just take our time. It's incredible, the energy at the beginning."

After waiting to hear their names were selected, the teams will now open the envelope to learn their next destination.

"How cool is that for them?" Keoghan says. "We had people falling over, literally. They just have the time of their lives from the beginning."

Season 5 promises a lot more challenges. The teams will travel about 75,000 miles, more than any other race.

And so the teams will have to withstand all sorts of weather conditions. "They look like prunes by the time they're finished," Keoghan notes.

The other twist in this game is a new feature called "the yield," which allows one team to slow down a competitor. Used shrewdly, it can eliminate a rival team. Although that same team can become a bitter enemy if it survives elimination despite the yield.

"You have to decide very carefully when you choose to do it," Keoghan says. "It upped the ante a little bit."

"Absolutely fantastic" is how Keoghan describes this season's teams. "This is without doubt the best mix of teams we've ever had. We've always had good teams. We've had some teams that are OK."

A few teams that stand out are cousins, Charla and Mirna and bowling moms Linda and Karen.

Keoghan says, "I can tell you that Charla may be a little person, but she has the heart the size of a whale. When she starts off in the race, nothing is going to stop her. Unbelievable strength. You see that right in the first episode, you'll see just how strong and committed the two of them are.

"Now, the bowling moms, we have the most unbelievably competitive teams this time around. These two women are bowlers. If you've ever seen bowlers on TV, you know how competitive they are. They've bowled 300 before, a perfect bowling score. They are so strong-willed. They're bowling moms, but believe me, don't count them out," he says.