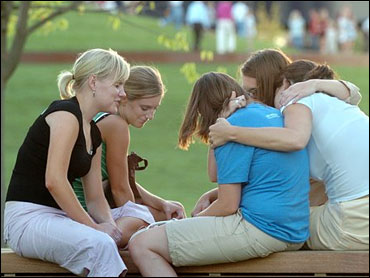 A jury may not consider punitive damages against a drug-maker who plaintiffs claim pushed sales of a heartburn drug even as the federal government moved to ban it, a judge ruled Saturday.

On Friday, jurors awarded $100 million in compensatory damages against Janssen and its parent company, Johnson & Johnson. Plaintiffs said they suffered from anxiety, heart conditions and other health problems after using Propulsid.

It was the nation's first trial involving Propulsid. Hundreds of other suits are pending nationwide.

Attorneys for the drug maker will ask the judge to overturn or reduce the compensatory damages and, if necessary, appeal the decision, said Janssen spokesman Doug Arbesfeld.

"We presented overwhelming evidence that Propulsid is a safe and effective medicine when properly prescribed," Arbesfeld said.

Plaintiffs' lawyer Jim Shannon said he believes the jury would have awarded punitive damages if they had been allowed to consider the evidence.

However, Shannon said the plaintiffs were pleased. "They feel justice has been done. The main thing is that they have taken on Janssen and they have proven their case," he said.

During closing arguments, Shannon said the drug maker changed Propulsid labels five times since 1994 to keep damaging information from the public. He said the companies also launched a marketing campaign to spur sales of the drug two years before it was taken off the market.

The drug maker's lead attorney, Robert Johnson III, said many of the plaintiffs had health problems unrelated to Propulsid and the manufacturer itself alerted the government to potential problems.

Propulsid has been linked to 80 deaths. Janssen took it off the shelves in 2000, but it is still used in limited cases.

The trial was for the original 10 plaintiffs, out of a total of 155. Each was awarded $10 million in compensatory damages.

Shannon said Friday's decision established liability, and that what remains to be shown in the remaining cases is how much injury Propulsid caused each individual plaintiff.

By Deborah Bulkeley
© MMI The Associated Press. All Rights Reserved. This material may not be published, broadcast, rewritten, or redistributed