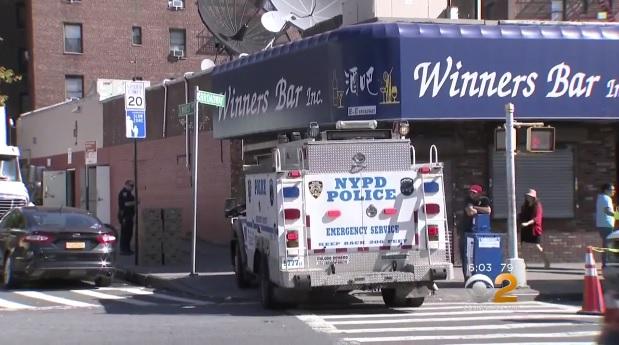 NEW YORK -- A New York man was stabbed in the heart and managed to walk to the hospital with the blade still in his chest.

Police say 35-year-old Mohamed Ramirez was stabbed in the heart around 10 p.m. Monday night, and managed to walk five blocks to Elmhurst Hospital to check himself in, CBS New York reports.

Throughout the day detectives poured over surveillance video from cameras outside the apartment complex where the stabbing happened.

The crime shocked residents near the Elmhurst Gardens apartment complex in Queens.

Police searched the perimeter for the weapon. They looked under garbage cans on nearby Broadway in Elmhurst, and on the roof of a store.

The weapon pierced Ramirez's heart. The attack happened in a residential area filled with families -- just blocks from where Ramirez lives.

Neighbor Larry Grande doesn't know who would want to hurt him.

"It's crazy because I always seen him around. He looked like a good guy ... like no one has anything bad against him," he said.

Investigators are still looking into what exactly happened and why.

It's unclear if he knew his attacker.

Milly Karafasoulos -- a 40-year resident of the neighborhood -- said there has recently been a problem with vagrants in the area. She believe they're coming from a nearby playground.

She's grown so fearful that she's started to use an app that alerts civilians about crimes in the neighborhood.