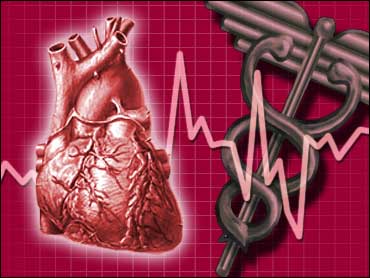 Conventional tests won't uncover heart disease in as many as 3 million U.S. women — because instead of the usual bulky clogs in main arteries, these women have a hard-to-spot buildup in smaller blood vessels, researchers said Tuesday.

These are the women who come to the doctor complaining of chest pain or shortness of breath but sometimes are sent away undiagnosed, not knowing they're actually at high risk for a heart attack in the next few years.

"The No. 1 message for women is, 'Pay attention to your symptoms,"' said Dr. George Sopko, a heart specialist at the National Institutes of Health, which sponsored the research. "If you don't have visible blockages, that doesn't mean you're not at risk."

Heart disease is the nation's leading killer, of both men and women. In fact, slightly more women than men die from cardiovascular diseases each year — more than 480,000 of them, according to the American Heart Association.

Scientists are struggling to understand some disturbing gender disparities: Women are less likely to receive aggressive treatment for heart disease than men, are less likely to survive heart surgery, and respond differently than men to different risk factors and therapies. They frequently have different symptoms of a heart attack than men do, such as fatigue instead of the classic chest pain radiating down the arm.

Even the test considered best at diagnosing heart disease — angiography, which lets doctors watch as blood flows through key arteries — is less accurate for women than for men.

Tuesday, reviewing clues from some recent research, the NIH's National Heart, Lung and Blood Institute highlighted why — and how many women are at risk after a misleadingly "clear" angiogram.

In an ongoing study called WISE, the Women's Ischemia Syndrome Evaluation, researchers have found that about two-thirds of women with chest pain pass an angiogram. But about half of them turn out to have a condition named "coronary microvascular syndrome," where plaque evenly coats very small arteries instead of forming more obvious obstructions in larger ones.

Angiograms simply can't see these tiny arteries, Sopko explained. It's like seeing a pine tree's branches but not its needles.

But this microvascular syndrome also seems to signal a dysfunction of the lining of the artery's inner wall, making the blood vessels not dilate the way they're supposed to in response to stress, said Dr. C. Noel Bairey Merz of Cedars-Sinai Medical in Los Angeles, who oversees the WISE study.

"It appears to be primarily a woman's problem, which is probably why we've missed it all these years (that) we didn't bother to study women," Bairey Merz said, noting that men make up just 20 percent of microvascular syndrome patients, for unknown reasons.

So what should doctors do for chest-pain sufferers whose angiograms are clear?

"It is no longer adequate to simply demonstrate open arteries," Bairey Merz said.

Other, more complicated tests can detect microvascular syndrome: measuring whether patients' arteries dilate properly when they're injected with certain medications, or performing an MRI scan of the heart.

"There are women who have chest pain and we do all this testing and there's nothing wrong — and that's good," Bairey Merz said. But, "we need to stop falsely reassuring women unless we're willing to do this additional work."

For patients with little access to such sophisticated testing, she noted a possible low-tech option: A questionnaire, widely known to cardiologists, that measures how easily people perform various everyday activities. Tuesday in an online supplement to the Journal of the American College of Cardiology, WISE researchers reported that women who pass an angiogram but score low on this questionnaire— they report difficulty doing much more than light housework, for example— are at increased risk of a heart attack.
By Lauran Neergaard