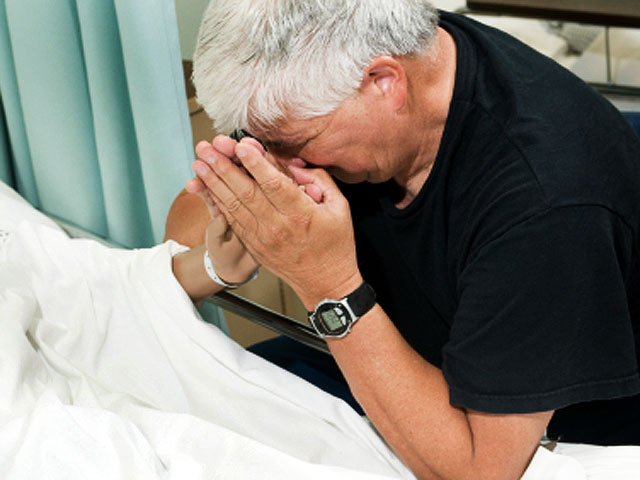 (CBS) Losing a loved one really hurts, but a new study suggests it might even kill you.

The study found in the day following the loss of a loved one, a person is 21 times more likely to suffer a heart attack.

For the study, published in the Jan. 9 issue of Circulation: Journal of the American Heart Association, researchers reviewed charts or interviewed nearly 2,000 adult heart attack survivors who suffered heart attacks between 1989 and 1994. Patients answered questions about circumstances surrounding their heart attacks, as well as if they had lost someone important to them, and if so, when.

"Caretakers, healthcare providers, and the bereaved themselves need to recognize they are in a period of heightened risk in the days and weeks after hearing of someone close dying," Dr. Murray Mittleman, a preventive cardiologist at Harvard Medical School's Beth Israel Deaconess Medical Center in Boston, said in a written statement.

Earlier studies have shown grieving spouses have a higher long-term risk of dying, with heart attacks and strokes accounting for more than half of those deaths.

Broken heart metaphors aside, can grieving really kill you?

The researchers say the stress caused by intense grief increases heart rate, blood pressure and blood clotting, which in turn raise risk for heart attacks. People are also less likely to sleep or eat well following the death of a loved one, which also boosts heart attack risk, the researchers said.

Can anything be done to protect your health while grieving?

As the song says, "listen to your heart." If you're experiencing symptoms like chest discomfort, stomach pain, shortness of breath, cold sweats, dizziness, or nausea, seek medical help immediately.